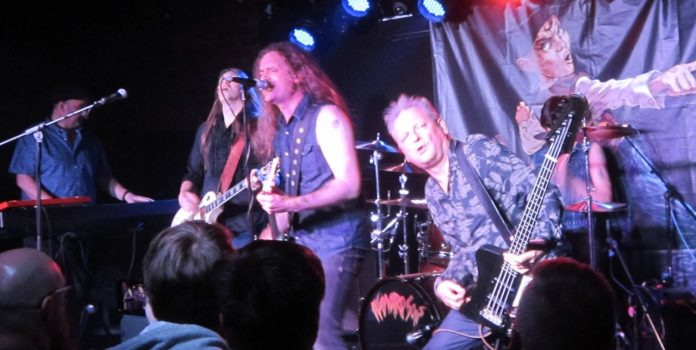 The singer surveys what is a pretty big and enthusiastic crowd and says: “Maybe 50 is a little too old to be starting again, but I had to give this a go…”

“This” is Wayward Sons. The singer, Toby Jepson. The clue is in the  band name, it comes from “Kickin’ Up Dust”  – one of two Little Angels songs in the set tonight – and maybe, just maybe Jepson gave this project that name because it was the first time in almost 25 years that he felt he could go back to the unashamed classic rock sound of the band he formed in North Yorkshire decades before.

Either way, the Wayward Sons album “Ghosts Of Yet To Come” is the best thing Jepson has done since Little Angels. Emerging in September, seven months later, they’ve not been off the road much (“we’ve been out more than we thought we would be,” notes the frontman here) and the road testing of the songs has left Wayward Sons in an impressive state.

Clearly loving playing these songs on stage, the five piece are full of beans – moreover though, they have a collection of damn fine stuff to be energetic with. There are some superior slabs of modern classic sounding rock in their 90 minutes. Not least of which are “Ghost” with a huge chorus, and “Don’t Wanna Go” with its righteously filthy bass groove.

“Killing Time” – the one they play after Jepson mentions “starting again” – is absolutely worth coming back for too and “Crush” brings the keyboards of Dave Kemp to the fore, as they turn a little bit of “Union City” by Blondie into something akin to The Who.

MV’s personal favourite “Small Talk” is almost the centrepiece of the show. Lyrically it will bring back unpleasant memories for anyone in state school throughout “Thatcher’s disaster” and its line that “it really was crap in the 80s” will resonate too, but if the lyrics for that one are overtly political, it does also bring the wonderful band into play. Sam Wood on guitar (Jepson calls him “my best discovery in 20 years”)  in particular is wonderful and seems to channel the guitar heroes of yore from Gorham to Rhodes and older hands like Nic Wastell on bass and drummer Phil Martini are perfect foils. 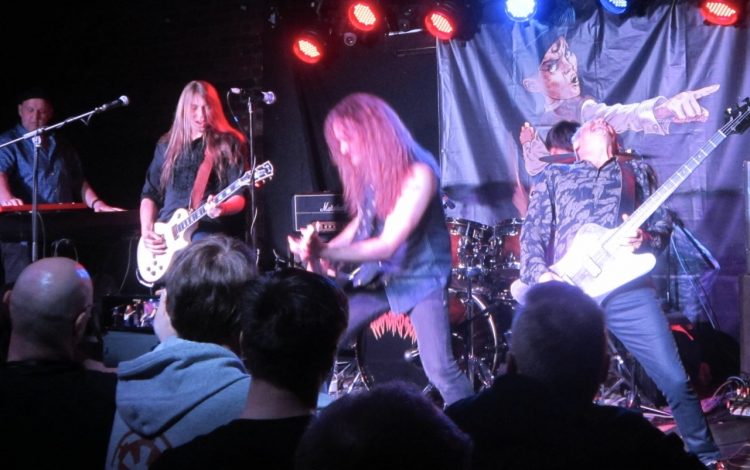 All of which makes for a band brimming with ideas, clearly. They play a couple that weren’t on the album, “Standby Heart” a stomper with a real glam sheen, and “Radio Denial”, a homage to the DJ’s of the analogue age, either side of “Be Still”, which has become a real live favourite, and on this evidence, rightly so.

A 90 minute set packed full of good, honest, proper – if you will – hard rock takes in the closing track of the album, “Something Wrong” – a little more epic perhaps than the rest, and ends with “Until The End”, but also gives everyone the chance to relive their youth with the one that suggests that “Johnny never cared about nobody cuz no one cared about John”.

There’s an encore (“its baloney but we need an oxygen tank these days!” jokes Jepson), and that in itself is interesting, given it first comprises one that no one knows – the unreleased “Backslide” and finishes with one that everyone does. And you know what? “Young Gods (Stand Up)” still rules after all these years.

Most of them aren’t young these days and given their history it seems almost disingenuous to start calling Wayward Sons the best new hard rock band we have and whatever other cliché you want to give to them, but then on the other side of that coin, watch them -play and tell us who is better.

Before the encore Toby Jepson, an absolutely humble and unassuming character by the looks of things, offers these words with a steely determination: “I want to take this as far as I can.” Don’t bet against that being a very long way.