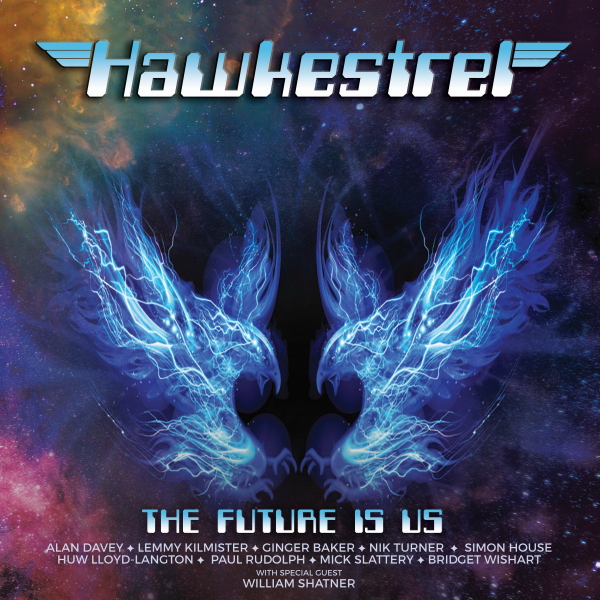 The album is called The Future Is Us and it features brand new compositions alongside several re-workings of Alan Davey’s solo songs plus a very special new version of the spoken-word Hawkwind classic “Sonic Attack” with the Captain himself, William Shatner!

Davey shares his thoughts on the project, saying “It has been so much fun making this album with my ex-Hawkwind friends. This is what the fans have wanted from us ex-Hawks for some time and now it’s here! Cleopatra suggested the idea and then gave me free reign to contact everyone, write the songs, mix and produce the whole project. The ex-Hawks and William Shatner all did exceptional performances for the album as they always did. It’s been a real honour for me to work with them all again and end up with a great, historically important album which has reminded me what great musicians we all are! Bravo everyone and huge thanx to all at Cleopatra!!”

The Future Is Us will be available everywhere August 9 on both CD in an attractive digipak as well as on a special limited edition BLUE vinyl 2LP set in a gatefold jacket.