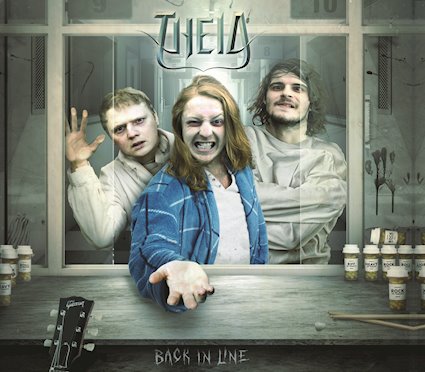 WDFD Records Ltd are delighted to announce that Midlands-based rock band THEIA have been featured by Planet Rock in their “Ones to Watch” feature.

Already in their short career, the trio have released two studio albums – ‘Take The Pill’ in September 2015 that served as a showcase for their embryonic talents to their rapturously-received follow-up ‘Back In Line’ in spring 2017 – and they’ve toured relentlessly taking in a mixture of headline, support and festival shows across the UK including Hard Rock Hell X.

Unafraid to tackle hard-hitting issues, last December THEIA premiered the lyric video for ‘Back In Line’ offshoot ‘Just Go’; an emotionally wrought track based around the subject of date rape, the video also uses public testimonies from victims. 100% of proceeds from downloads of the track are split equally between RapeCrisis and RACPA.”

Looking forward to the rest of 2018, singer Kyle says: “2018 looks like it is going to be our best year yet.  The launchpad is Planet Rock’s Winter’s End which will be a milestone gig for us, and we are so excited to be playing there. A new album has been largely written, and we have a string of gigs booked throughout the year with more to follow. We hope to meet lots of people along the way. It’s a journey, not a race, and we aim to enjoy every minute and make sure that those who come along have an equally good time.”