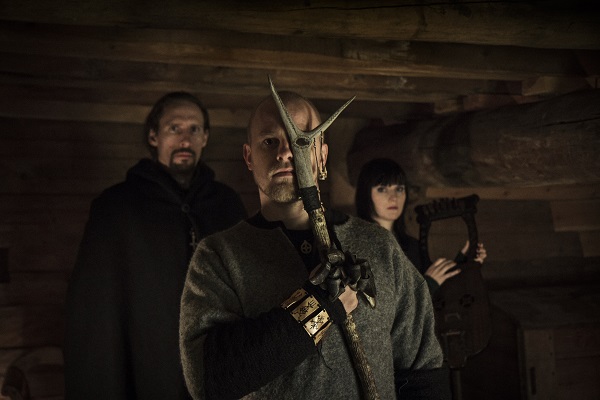 Yet again you can hear Wardruna in the new season of “Vikings” that is now showing on networks across the globe. In season three, main man Einar “Kvitrafn” Selvik has co-written the score and is also making an acting appearance on the show!

Watch him HERE in TV2’s feature on how he creates the unique soundscape for which he has become known. (Feature in Norwegian)

Six years has passed since Wardruna enchanted their listeners with theirmesmerizing debut album “Gap Var Ginnunga”. Now winner of best underground band at the Metal Hammer Golden Gods in 2014.
“It is exceptionally rare for me to award an album a full 10/10, but this is a masterpiece that more than warrants full marks. As with many things in life, beauty is fleeting, so if you missed the album the first time round, be sure not to let this second press elude you too.” – Metal Temple 10/10
“If your only exposure to Wardruna is through the History Channel’s hit series Vikings, now is an excellent chance to dive into the primordial void of Runaljod. In fact, everybody ought to hear this masterpiece at least once.” – Metal Observer 9.5/10