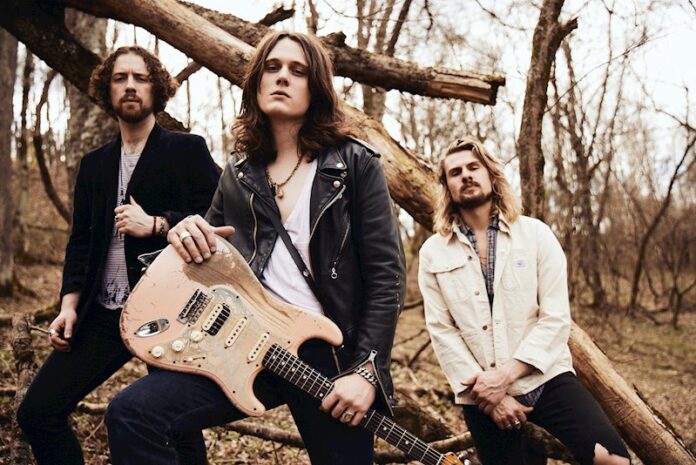 Following the release of their last album on Snakefarm Records (Pressure) in 2020, Tyler Bryant & The Shakedown decided it was time to return to their independent roots. This change in course was inspired both by urgency and an enduring sense of commitment to their audience. Their hope ultimately being that having a greater degree of ownership over the recording, promotion, and release of their music will strengthen the conviction of the band, while tearing down any barriers that could prevent fans from hearing their most earnest work.

The decision was made, Rattle Shake Records was born.

The first single Shakedown fans can look forward to is “Ain’t None Watered Down” which will appear on the label’s forthcoming inaugural full length, ‘Shake Your Roots.’  Watch the video HERE.

Says Bryant, about the new single penned by Rebecca Lovell and himself: “When Caleb, Graham, and I started talking about what we wanted to do next, we kept kicking around the idea of getting back to our initial roots as a band. So much of that was steeped in low down blues and rock and roll. One morning I was kicking around a little song idea with my wife and “Ain’t None Watered Down” was born. Everything fell into place so naturally. Once the Shakedown got hold of it, it served as a road map of sorts for the new album.”

Although the band has shared the stage with artists such as AC/DC, Guns N Roses, Aerosmith & Jeff Beck, to name a few, one doesn’t get the sense that any of these guys are above driving all day, pushing their own cases, and leaving it all on the stage when given the chance. This is a band that has something to prove and will go to great lengths to do so.


‘Shake Your Roots’ is the bands fifth full length album. It encompasses the energy of their live show and is a testament to the unwavering spirit of the Shakedown. The edges are not sanded down, but the attention to detail isn’t lacking one bit. It sounds as if they approached the writing and recording of this record with the same intention they approach their live performances with. It is evident that the band means it and wants it to mean even more to their fans.

“We spend so much time writing and recording, it’s time we start spending more time sharing our art with the people who care. We’ve seen how the soup gets made and are confident that any ingredients we are missing will be obtained. That’s the spirit of this band and has been since day one. We’ve built our fan base in such a grass roots way that it only makes sense. They want to support us and OUR collective cause. When I say “our,” I’m including the fans. They are the reason we feel confident enough to make this leap. This is the next logical step in our trajectory as a band and we are thrilled to offer up ‘Shake Your Roots’ as the first release from Rattle Shake Records.”

Tyler puts this pivot in their business model simply, “We want to release MORE music and we want our fans to know that their support is what is fueling it.”

It’s one thing to choose to become the master of your own destiny, but it’s an entirely different animal to identify the adversity that may come your way in the process. Bryant has grown into the type of person who no longer sees that as a red stop sign. For him, it’s often a useful indicator to keep pushing forward. “I’ve dealt with a lot of anxiety over the years and there are certain techniques that you use to manage it. You learn how to breathe properly. That’s sort of what the Shakedown is doing right now. We’re learning these techniques that will allow us to breathe and thrive as a band. Sure, there’s some insecurity in what we’re doing, but that insecurity is fuel. If you know what you’ve gotta do in your heart, you’ve just gotta do it.”

Bryant remains grateful for the journey thus far and is brimming with excitement for what lies ahead. In his mind, he, Caleb Crosby, & Graham Whitford are neither too far removed from the early days of the band playing clubs overseas, nor an enduring ‘DIY’ mentality for what lies ahead.

2. Ain’t None Watered Down

‘Ain’t None Watered Down’ now available on all digital platforms