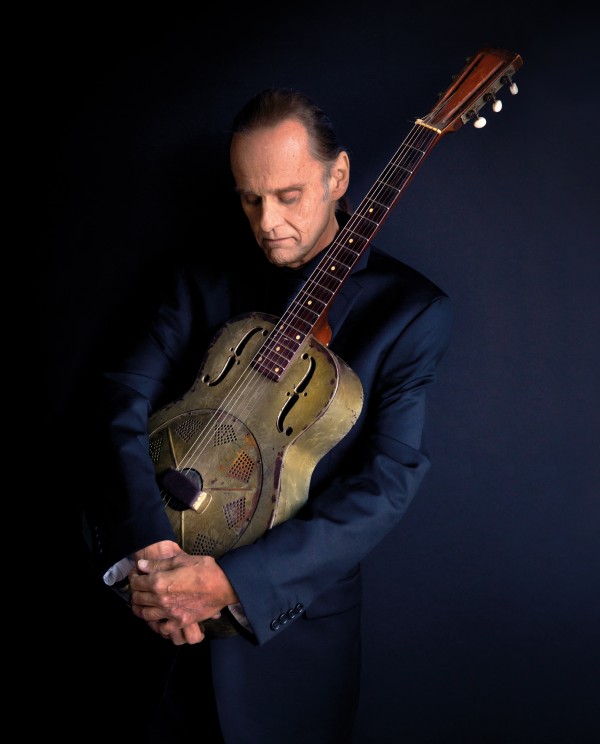 The day hundreds of thousands have waited for has arrived.

Walter Trout has announced his plans to return to stages across the globe in 2015.

Following a liver transplant, and extensive rehabilitation, the esteemed Bluesman feels strong enough to resume his career of fifty plus years.  Trout shares, “The last year has been one where the blues truly came calling, and I came face to face with death more than once. My wife moved me to Nebraska to improve my chances of getting a life-saving liver transplant, and after a long wait, I got my new liver on May 26th, 2014. Since then I have been filled with immense gratitude. Gratitude for the fans who supported me via fundraisers, cards, messages, thoughts and prayers, for the donor and his or her family, for medical science, for my family, and for life itself. Everything matters more to me now.  Now, 7 months after my transplant I feel like a new man. I have strength and energy. In some ways I feel like I am in my 20’s again! The past couple of years of playing I was getting dizzy spells, severe cramps in my hand and forearm and played many shows in severe pain. It turns out that was a result of my deteriorating liver. That is gone now! I am able to play better than I have in years. I feel reborn. I cannot wait to get back out on the road again and do what I love to do for my fans. The future looks great!”

Walter Trout will make appearances across Europe and North America in the coming months.  His first public appearance will take place on June 15 in London at the Royal Albert Hall.  The appearance is part of Lead Belly Fest Additionally, Trout will take the stage for the first in North America at a venue where he has long history – The Coach House in San Juan Capistrano, CA on July 10.  His itinerary is a work in progress with dozens of additional dates planned for 2015.  Confirmed appearances include:

Walter Trout’s 2014 release THE BLUES CAME CALLIN’ captured Trout reflecting on his omnipresent thoughts about mortality and his renewed appreciation for being alive.  Amongst the twelve new songs, ten are originals.  One is written by John Mayall for the occasion, and the other is a J.B. Lenoir cover. Trout searches his soul on this album and lays it bare allowing the celebration of his career to be infused with new appreciation for life.  THE BLUES CAME CALLIN’  was produced by Walter Trout and Eric Corne.  An EPK can be screenedhere

In 2014, Mascot Label Group’s Provogue Records reissued multiple titles from Trout’s career, presented a career spanning documentary, and released an official biography Rescued From Reality – The Life and Times of Walter Trout.  Co-written with British music journalist Henry Yates, the manuscript features previously untold stories, and is packed with rare photographs from the Trout’s personal archive. It documents an initially blissful childhood, shattered by divorce, abuse, and violence.  As the story unfolds, it leads us through Walter’s life of heartache, poverty, living on the street and being “the only white guy” struggling in famous blues bands in LA in the late 1970’s.  Walter reflects on his time in the 1980’s when nobody cared to hear the blues, to being “discovered” and having long-time gigs as a hard-playing and hard-drinking and drugging globetrotting sideman with Canned Heat and John Mayall.  The book chronicles how Walter eventually became drug-free, broke out on his own and embarked on a solo career in 1989.

In 2014 Walter Trout shared, “To play my music for people has become even more important to me.  When I think about looking out into the crowds of people and connecting with everyone on a soul level, and sharing the experience of music with them, this is what keeps me fighting to get back: My family and my music is my lifeline.  These days, it means more to me than ever before.”