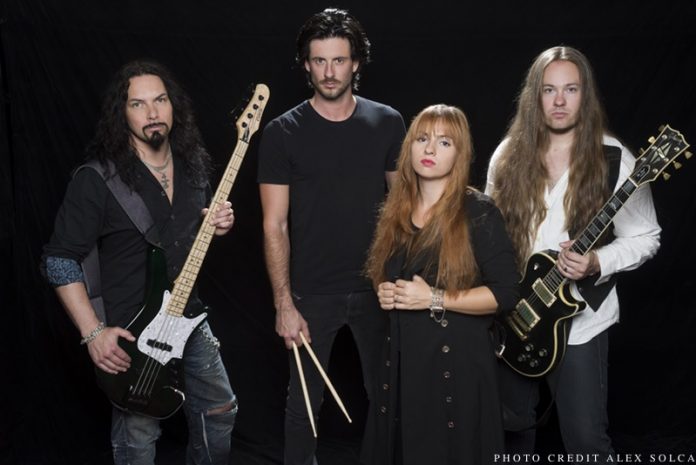 Will Wallner & Viven Vain will release their brand new album “The Battle Of Clyst Heath” (produced by Michal Kuczera & Will Wallner) via Wormholedeath on November 11 – 2014.

The pair met in Los Angeles in 2010 and soon British blues-rock guitarist and Guitar World columnist Wallner and Croatian singer Vain discovered they shared a passion for classic rock bands such as Thin Lizzy, Rainbow and Blue Murder they decided to work together on a musical project.

Although the band recieved positive reviews and began to build a fanbase from all over the world they never performed live and remained a studio project. That was until Dec 12th 2013 when they performed their debut show in Los Angeles at the world famous Whisky A GoGo to a sold out crowd as direct support for Jake E Lee’s Red Dragon Cartel (Jakes first show in 20+ years). Eddie Trunk, host of ‘That Metal Show’ on VH1 Classic, also made a surprise appearence and announced Wallner/Vain before their set.

At the end of 2013 they finished work on a second album which once again features several legendary guest musicians but unlike their previous album, the majority of the music is a single lineup. ‘Wallner/Vain’ handle all the guitars and vocals respectively with drummer Giovanni Durst and former Yngwie Malmsteen and current DIO Disciples bassist Bjorn Englen providing the rhythm section. The album is set for release on 11 November 2014 via Wormholedeath.