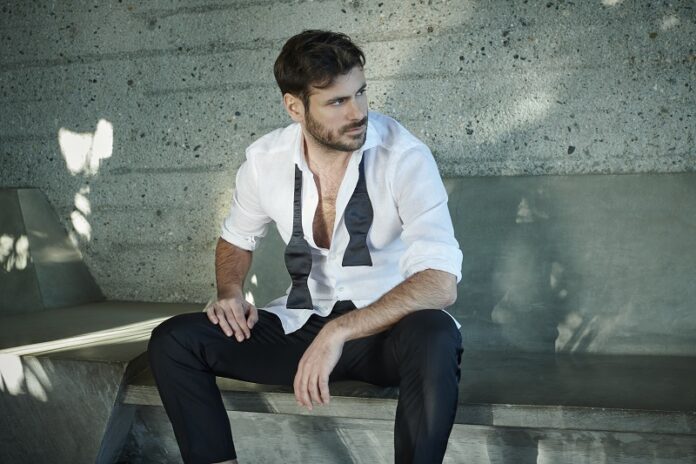 Today, Global artist HAUSER releases his captivating new solo album THE PLAYER via Sony Music Masterworks, available here. In celebration of the release, HAUSER also shares the music video for his latest single “Waka Waka” here. On his new album, the critically acclaimed Croatian cellist brings his dazzling virtuosity to the world of Latin pop and jazz, unveiling new dimensions of the extraordinary musicality he originally displayed as a founding member of 2CELLOS.  HAUSER will reveal more exciting announcements tied to the album release in the coming weeks.

“With ‘Waka Waka’ I wanted to take cultures from all around the world and bring them together in one song,” says HAUSER. “There’s so many different influences happening, and the choir adds so much spirit—it was an incredible moment of love and unity and absolute joy.”

A bold departure from the quiet splendor of his 2020 solo debut Classic, a #1 hit on Billboard‘s Traditional Classical Albums chart, THE PLAYER arrives as HAUSER’s most re-inventive body of work to date. “Because so much music is artificially made these days, I wanted to highlight real musicians while creating a unique sound that brings something new to each song,” says HAUSER. To that end, he shaped the album’s lush and brass-heavy arrangements with the help of producer Steven Mercurio (a conductor/composer who’s also worked with the likes of Luciano Pavarotti, Chick Corea, Andrea Bocelli and Sting), and enlisted the illustrious Czech National Symphony Orchestra for every track.

Revered around the world for his captivating live performance, HAUSER has already hit the stage in over 40 countries (including historic buildings like New York City’s Radio City Music Hall and London’s Royal Albert Hall and the Vatican.) and performed alongside such wide-ranging acts as Andrea Bocelli, Red Hot Chili Peppers, Steven Tyler and Elton John. He also performed at this year’s 79th Venice International Film Festival, opening the final evening’s awards. Other appearances include a wide range of TV shows such as Today Show, Good Morning America, Ellen, and The Late Show with Stephen Colbert.

Last month, HAUSER debuted a performance of the recent single “Let’s Get Loud” for The GRAMMY‘s popular video series “ReImagined At-Home.” The GRAMMY’s raved about the “opulent, fiery” performance and called it a “glammed-up dance party.” True to HAUSER’s commitment to create a global dance party with his music, his take on “Let’s Get Loud” is yet another testament to his multifaceted artistry.

The success of HAUSER extends far beyond his ever-growing devoted fan base and many millions of social media followers. With more than three billion audio and video streams, the Croatian musician is a phenomenon that thrives on audience interaction. HAUSER holds an intrinsic ability to unify and inspire generations of music lovers. “The cello has a universal language that everyone can understand,” he affirms. “I want to create music that brings us all together to celebrate the gift of music!”