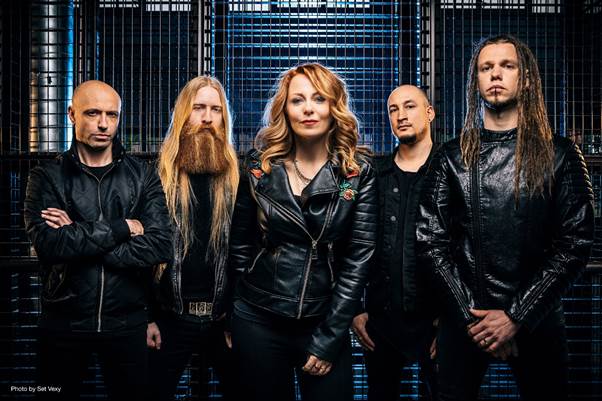 Anneke van Giersbergen’s new band VUUR have unveiled the cover artwork and tracklist for their forthcoming debut album, ‘In This Moment We Are Free – Cities’.

The 11-track LP is due for release on October 20th via InsideOut Music and includes ‘Days Go By – London’, which the band released early June and can be heard here: https://youtu.be/Y3rT-X_zgOg

The album will be available on special edition CD digipak, gatefold 2LP + CD (including etching on side D) & digital download.

Pre-order bundles for the album are available here: https://vuur.tmstor.es/

Pre-order the album digitally via iTunes & Amazon and get ‘Days Go By – London’ immediately:http://smarturl.it/VUURInThisMoment

“The cover is designed by Black & Finch with whom I’ve previously worked on the ‘Verloren Verleden’ release.

The lyrical themes of this album revolve around cities and freedom. Exposure to big cities can be overwhelming and you can feel engulfed by everything around you. At the same time it’s easy to be a stranger in a big city and for me that brings out a feeling of freedom as well. This past year I’ve thought a lot about the virtues of rural versus urban life, since me and my family are moving back to the city. It’s very exciting, but at the same time I know that sense of urban solitude from past experiences. The cover artwork represents this duality.”

VUUR’s full length debut was produced by Joost van den Broek, who was also involved in the writing process. Others co-writing partners are Mark Holcomb (Periphery), Esa Holopainen (Amorphis), Daniel Cardoso (Anathema), and both of VUUR’s guitar players wrote a song as well. 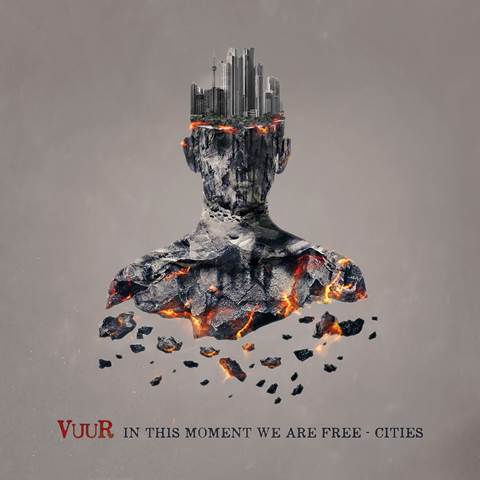 ‘In This Moment We Are Free – Cities’ tracklist:

The band also recently announced they will team up with Scar Symmetry for a short co-headline tour in December. Opening act for these exclusive shows will be My Propane.

As well as this, in May 2018 Residentie Orkest The Hague will host an encounter with Anneke van Giersbergen. Both nights will feature a career-spanning concert with orchestral arrangements. The song selection will even include material from her yet to be released VUUR album.

Anneke comments: “It’s such an honor to be backed by these grand classical musicians with strings and brass interpreting my music. The material will be an interesting cross-section of my career. Some reworks will be a contrast from the original and some, for instance like the song ‘Travel’, will be given a treatment that is a logical extension of the The Gathering’s original album arrangement. “