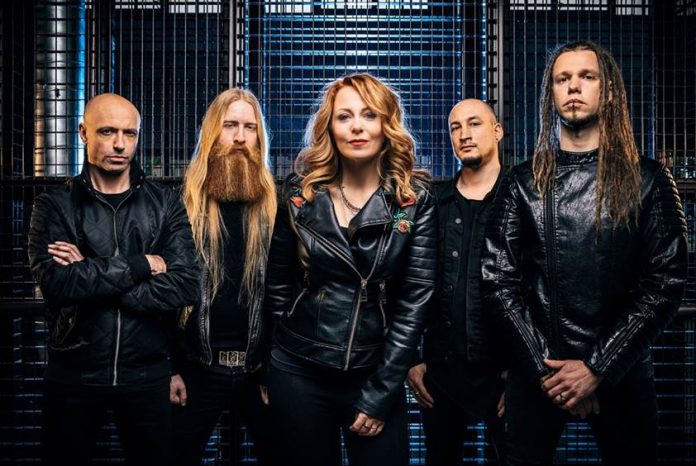 Anneke van Giersbergen’s new band VUUR are set to release their debut album, ‘In This Moment We Are Free – Cities’ on the 20th October 2017.

Now they are pleased to reveal the official video for new single ‘My Champion – Berlin’, which you can watch now here:

Anneke comments: “This song is the opening track of our debut album and it serves as a kind of master of ceremonies. It’s both heavy and melodic, it showcases the technical abilities of the band, but you can still sing along to it. That’s basically the kind of album I wanted to make. Our guitar player Jord Otto wrote the song and collaborated with producer Joost van den Broek to finalise it. I wrote the lyrics and vocal melodies.

This song is about Berlin after World War II. The goddess on the Berlin Victory Column was raised to commemorate military victories, but in the song the city speaks to her and is asking her for help to overcome troubled times.

I wanted to make a performance video, one that presents the band as a group that is about music and plays with their heart and soul. That’s what we are and I am really proud of this band.”

‘My Champion – Berlin’ is also now available on streaming services, and digital pre-orders through iTunes and Amazon receive this track, as well as previous single ‘Days Go By – London’, immediately. The album will be available on special edition CD digipak, gatefold 2LP + CD (including etching on side D) & digital download. Pre-order now here: http://smarturl.it/VUURInThisMoment

VUUR’s full length debut was produced by Joost van den Broek, who was also involved in the writing process. Others co-writing partners are Mark Holcomb (Periphery), Esa Holopainen (Amorphis), Daniel Cardoso (Anathema), and both of VUUR’s guitar players wrote a song as well.

Previous article
The Santa Clause
Next article
FEAR Of The Road?