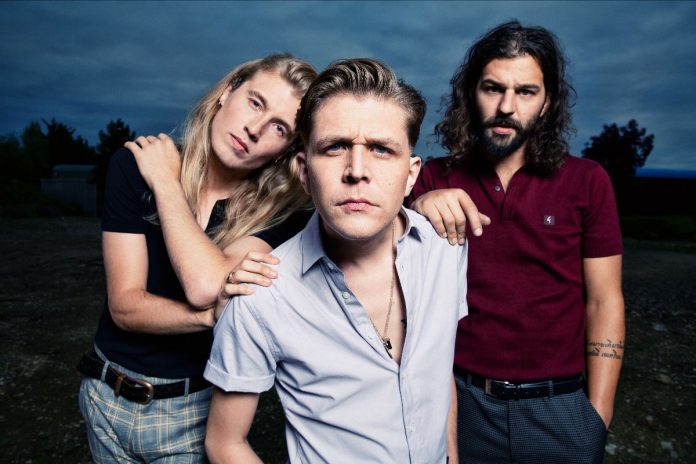 Bedford trio The Scruff return with their brand new single ‘Vultures’. The song tears out of the blocks with an infectious bounce and swagger as it snarls at hysterical scaremongering newsfeeds and the damaging effects social media has on people’s mental health.

Regarding the single frontman Adam James Urwin says, “It’s a hit back against the modern day phenomenon of the scathing comments section. Hours can be lost sifting through back and forths that wouldn’t happen in the street but are all so common in the Internet age. The song addresses the stark reality of coming to terms with a future where freedom of speech means thousands of hateful, unsolicited comments which impact on thousands of lives the whole world over.”

‘Vultures’ is the first taste of what to expect from The Scruff in 2020 as they set their sights on their debut album. They bring a punk-fuelled energy matched with a contagious indie-pop sheen and dexterous songwriting. The track is produced by Jason Perry (Fatherson, Don Broco, McFly) and mixed by Drew Bang (Slaves, Royal Blood, The Japanese House).

While ‘Vultures’ looks outward onto the chaotic world today, the band also display deep intimacy as demonstrated in previous hit single ‘Her’, written about personal loss and tragedy, which captured the hearts of Radio 1 who featured the single as their ‘Track Of The Week’, while also achieving great critical praise.

The band truly come alive onstage and have paved the way with impressive and equally chaotic live shows, as seen at Reading & Leeds, Isle Of Wight and The Great Escape festivals among many other shows.

‘Vultures’ marks an exciting return for The Scruff and is a tantalising taste of more to come this year.