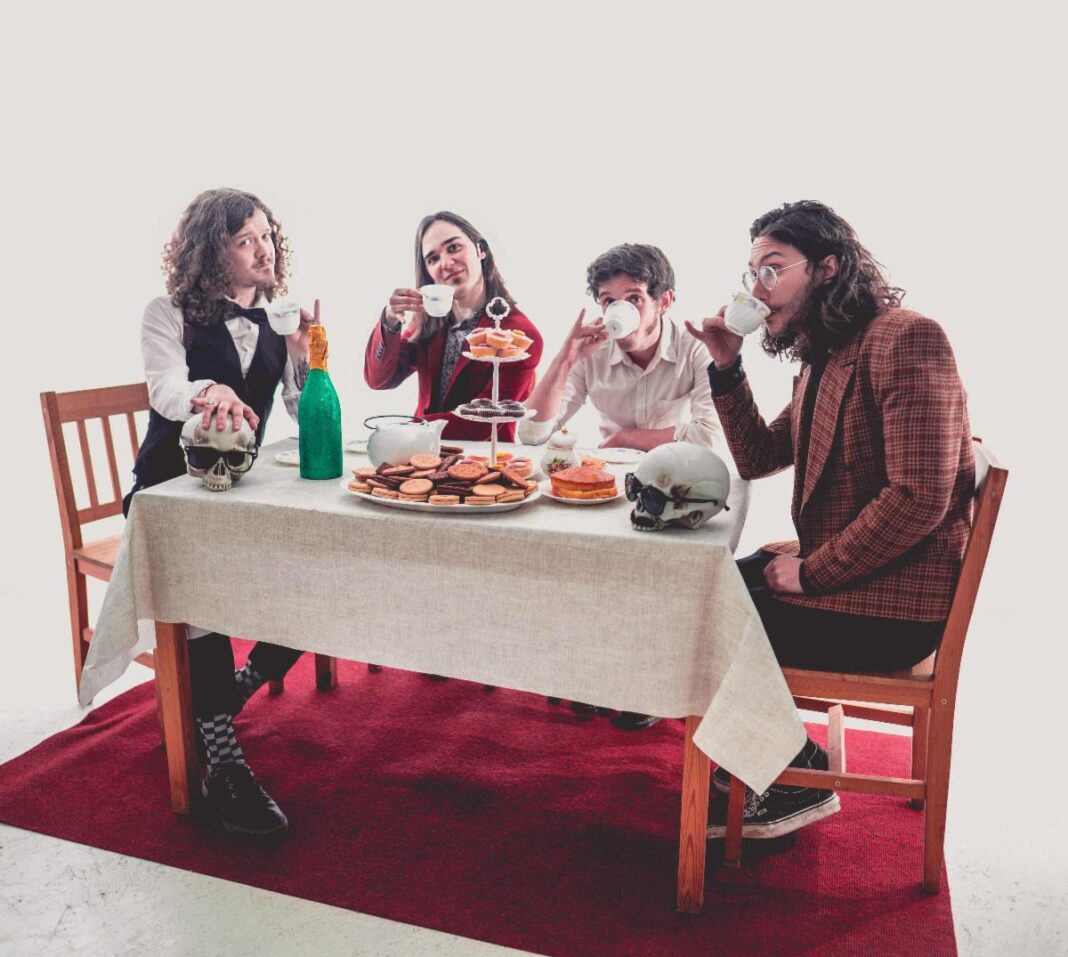 Hotly tipped Bristol blues-punk noiseniks, MOTHER VULTURE have unleashed their brand new single, ‘Rabbit Hole’ today (Wednesday 18th August) via Lockdown Rekords, accompanied by the next instalment of their themed video series. You can stream or purchase the track here.

In addition, the band have announced a string of UK dates for September in collaboration with The Music Venue Trust, as part of The National Lottery’s ‘Revive Live!’ scheme. Full tour dates are detailed below. Support comes from El Moono, Krooked Tongue, Moriaty and IDestroy on selected dates (see image). Tickets are just £5 and courtesy of the National Lottery, in support of getting the grass roots live scene back on its feet, all ticket holders can bring one friend for free as long as they can demonstrate they are a National Lottery player. You can find additional info over at www.mothervulture.uk.

In early March 2020, having spent 2019 building a solid fan base around their native Bristol/South West area, MOTHER VULTURE were really motoring. Fresh off support slots with both Bokassa & Michael Monroe, our intrepid merauders had just played their 2nd London show to rapturous reviews, picked up a booking agent and secured slots on a bunch of Summer festivals, including a spot headlining the Rising Stage at Ramblin’ Man Fair. Then… the world ground to a Covid halt. Our four horsemen retreated to Bristol, some to key worker jobs, some to no jobs, and had a long hard think.

Ferocious live shows is where MOTHER VULTURE built their reputation, but with no clue to as to when they’d be able to play more shows, the band knuckled down, busied themselves online and kept moving. A live album, ‘Doing It Live’ was pieced together and self-released last July. Hardcore fans snuffled it up and it sold out within the week. Then the lovely people at Fender/Gretsch spotted guitarist Brodie flinging a Gretsch around the stage and sent over a beautiful Brian Setzer Signature model. And in August, the band’s unhinged single, ‘Tell Me’ was licensed direct from the band for a new video game called Rhythmatic.

And so with a light now on the horizon, MOTHER VULTURE are once again coiling up to attack 2021.

The band’s tour dates line up as follows, with more live dates set for later this year. Stay tuned for further news soon.

Tickets are on sale now for all shows. Grab yours here. .