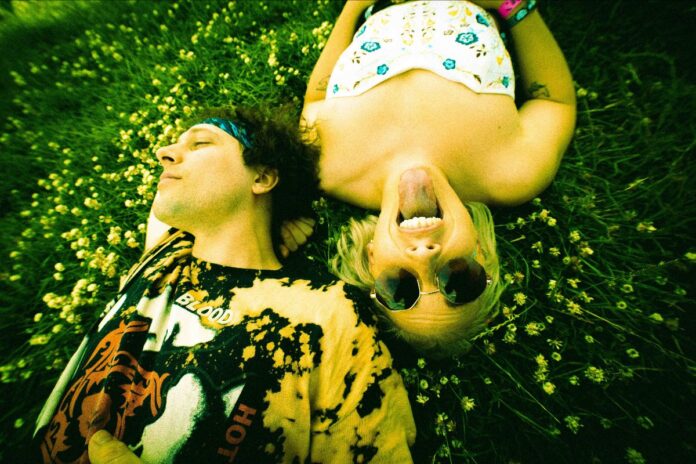 VUKOVI have today released their new huge single ‘I EXIST,‘ the song was premiered last night on BBC Radio 1 as Clara Amfo’s Hottest Record. ‘I EXIST’ is taken off the bands new album  NULA, which is out the 7th October via LAB Records. Last month, the band also announced their biggest headline tour for UK and Europe for this October.

Listen to ‘I EXIST’ – HERE
Listen back to the Radio 1 world exclusive, Hottest record with Clara Amfo – HERE

VUKOVI are an ambitious band, and ‘NULA’ is an ambitious record, filled with big, punchy riffs amalgamated with extreme pop that has made them such a band to be reckoned with. The record has a careful sonic blending of nu metal, shoegaze, rock, punk, pop, electronics and sample.  Now a two piece, vocalist Janine and guitarist Hamish are VUKOVI, and have spent these strange two years gone plotting in their Glasgow base. ‘NULA’ is, as vocalist Janine explains ‘A concept record’, which charts the journey of this character (called Nula) in a distant, far off, Sci-fi world.