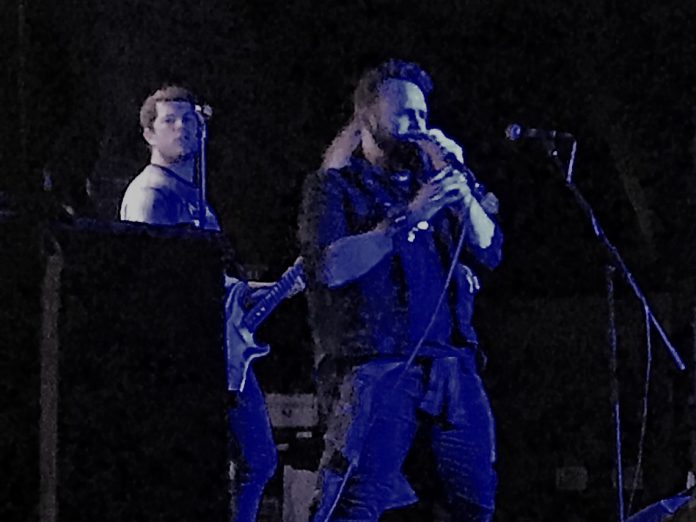 They’ve still got a little something for you. Voodoo Six hit Wolves

It’s always good to have a nice line in self-deprecation. Steve Hill, front man with Skam has that and charm by the bucketload. “This one is our most famous song, and by that we mean it’s famous in Leicester” is how he introduces “No Lies” tonight. But it’s even better when that modesty comes allied to a confidence. The East Mids trio have a swagger because they know how good their new album is. MV does too seeing as we’ve heard it, and the Slade Rooms is now in on the plot given that the first two they play here are spanking fresh. “Between The Eyes” is a strident opener, “Fading Before The Sun” with it’s mighty hook is better still, and trust us, there’s more gems where that came from too. Still, they’ve always had great songs and set about proving it with earlier stuff, like the bluesy “The Wire” and the heavier “The Holy City.” They save the absolute knockout blow for the end, though and not for nothing does “Massacre” segue neatly into “War Pigs.” A great night for Skam, but there is much more to come.

Voodoo Six have been here before. Literally. A few years ago – right around the time of their third album “Fluke?” MV (before MV existed) saw them in this very room and spent the next few weeks telling everyone that we had seen the future of British arena rock.

Fate has it’s own way of rendering predictions pointless, though and so it is that the Londoners are back here again, making something of a fresh start with a new singer.

Their first album for four years, “Make Way For The King” is good enough too, to get the type of attention that they have long deserved, and there is much of it in the set tonight.

First though, is “Falling Knives” from their last record, but the vast majority showcases their new outlook. Nik Taylor-Stoakes has evidently fitted in. His enthusiasm and deadpan persona (“I didn’t even know you had roads up here, we are north of London” he says at one point) has clearly rubbed off on the rest as long-standing members Tony Newton and Matt Pearce on bass and guitar respectively appear rejuvenated.

This new attitude ensures that songs like “Falling Out” pulse and “Walk A Mile” has the type of hook that could catapult them back into the realm of the support band of choice for every big act.

Then there’s “Take Aim” which was the highpoint of “Fluke” together with “Little Something For You” and are likewise here. The difference is now that they’ve some competition. The new record’s strident title track” and the absolute steadfast defiance of “Amen” written for people who tragically lost their lives in the Bataclan atrocity are right up there.

Perhaps because they don’t feel the need, or maybe they’ve no rock star ego to massage, they don’t bother with an encore. Instead “Electric” another from “…King” which will grow into a real favourite and “Your Way” bring things to a close.

Only a small step on the road perhaps, but don’t write Voodoo Six off just yet. There’s still some magic here.