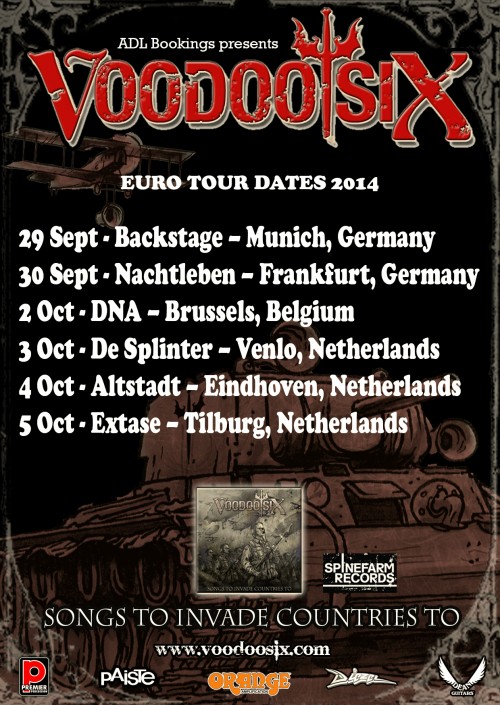 This Autumn, Voodoo Six will play six headline shows in Germany, Belgium, and The Netherlands. The band makes its second visit to Europe this year following their earlier support tour with UFO, where they played in Sweden, Denmark and Germany.

Earlier this year, the band also played a headline tour across the UK, Sonisphere festival, and support shows with The Winery Dogs in Wolverhampton and London. Towards the end of the year they will play Legends of Rock and Planet Rockstock.

In 2013 Voodoo Six were main support on Iron Maiden’s ‘Maiden England’ European tour (review here), a tour which comprised 18 countries all over Europe. Previous support slots include Extreme (Europe and UK), Adrenaline Mob, UFO and Michael Monroe to name a few, and they have toured the UK several times. Their latest album ‘Songs To Invade Countries To’ continues to be very well received throughout the UK and Europe.

Advance tickets are available for Frankfurt and Munich shows: http://www.adticket.de/Voodoo-Six.html