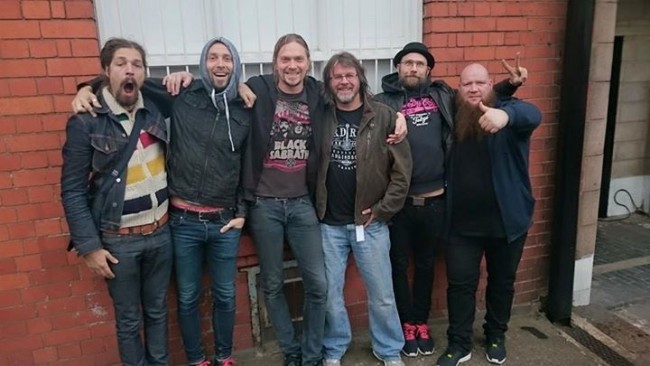 MV’s resident VHB fan Garry, tells us why this band are ready for the big league

I turned up to the Slade Rooms in Wolverhampton earlier in the day to interview frontman Mikko Von Hertzen in what has become our annual chat on my radio shows for the last three years. Mikko is a very warm and funny guy and this time was no different, himself and the band were in fine form and they had every right to be.

2015 could well be the year that it really takes off for the brothers from Finland, and let’s hope so, they have been beating down that door to the big league for the last couple of years, and on last night’s performance I feel someone is ready to let them in.

The setlist on Saturday was new album ‘New Day Rising’ strong, .and quite rightly so, this reviewer has it sitting proudly as his album of the year so far, the title track got us underway closely followed by ‘You Don’t Know My Name’ and “The Destitute” .the band and the crowd drew breath and then we were treated to the 2013 Prog Rock Awards Song of the Year ‘Flowers & Rust,” .an honour that was well deserved.

A mix of new and old followed during the rest of the set including crowd favourites such as ‘Angels Eyes’ ‘Miracle’ ‘Coming Home’ and ‘Gloria’ and newbies ‘Trouble’ ‘Black Rain’ and ‘Love Burns’ that had the well filled room in raptures…..this is a band that many of us in the UK have certainly taken to their hearts.

The encore opened with ‘Sunday Child’, already a crowd pleaser even though the album ‘New Day Rising’ has only been out a month, the last song of the night was no surprise to us VHB fans, the epic ‘Prospect For Escape’ delivered on so many levels as it always does, I would say it sent us all home happy but no-one was leaving the Slade Rooms anytime soon as the band came straight from the stage to the merch desk and spent the next 90mins chatting to fans, this is a very special band and they treat their fans with such admiration you can’t help but hope that the bigger venues beckon sooner rather than later.

Catch my interview with Mikko Von Hertzen on the Prog Rock Files on Thursday May 7th at 10pm on 101.8WCRFM and online at wcrfm.com