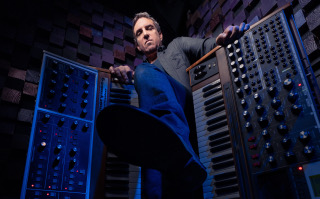 World acclaimed keyboardist Derek Sherinian, (Sons of Apollo, Black Country Communion), one of the most significant keyboard players of the modern era, recently released his latest album, ‘Vortex’, on InsideOutMusic. The album finds Sherinian again collaborating with legendary drummer Simon Phillips, who once again co-wrote and co-produced the album, as well as Tony ‘The Fretless Monster’ Franklin, on bass.

Derek had this to say about the track: “Simon and I cover a lot of musical ground on this track. Bumblefoot sounds amazing on guitar as usual.”

Check out the first single “The Vortex” here:

Check out the video for “The Scorpion” here:

The Vortex is available as:

The album is available here: https://dereksherinian.lnk.to/Vortex