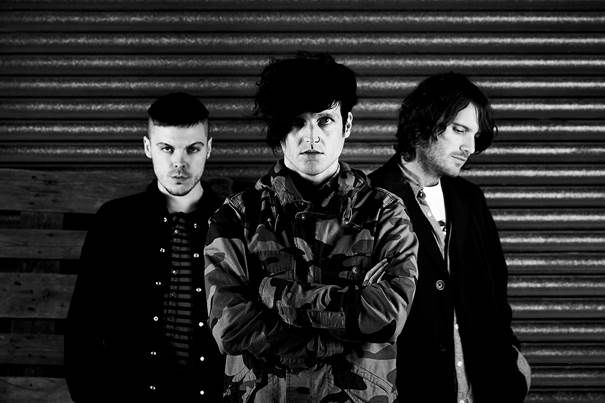 New single from the Macc Lads

The Virginmarys have dropped the massive ‘Into Dust’ – the first track to be revealed from their forthcoming studio album (title tbc), set for release next year via Spinefarm/Wind-up Records.

‘Into Dust’, now available digitally via the usual platforms, was written by frontman / guitarist  Ally Dickaty – a frantic, fired–up call-to-arms packed with “post-punk thrills” according to Clash…

“It’s one of the most intense tracks from our new album,” says Dickaty, “full of urgency and energy. Lyrically, it’s about the disillusionment and the boredom of everyday life.”

You can listen to ‘Into Dust’ here:

A music video for ‘Into Dust’ will be unveiled shortly.

In celebration of the band’s recent stint in the studio, they will play a sold-out show at The Lexington in London on November 19th; this follows their live appearance at the Sugarmill in Stoke last week.

The Macclesfield trio’s signature strain of emotive punk shot through with the raw honesty of prime British rock of the early 1970s has seen them tour with the likes of Queens Of The Stone Age and Slash, leaving their mark with different audiences across different genres.