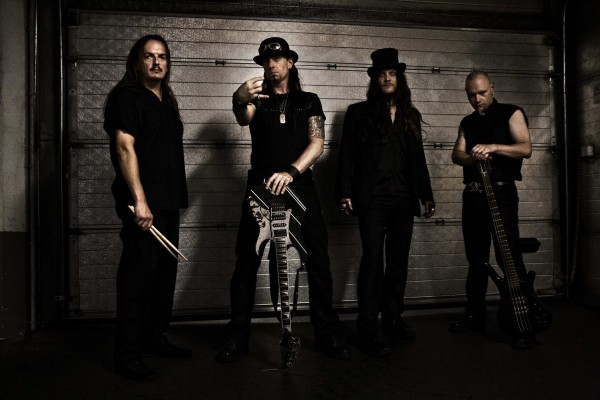 Dark music from a bad place

Every one of us was stuck in such a bad situation in his life. The Vicious Circle (German: Teufelskreis) it sneaks into your life and before you realise that, all hope seems to be gone,” says  Songwriter & Guitarist Friedl Schuetz.

Friedl who is best known for being the guitarist of Austrian Death Metal Band Sunterra, founded Teufelskreis back in 2008. With Chris Schön who also played in Sunterra and singer Ronny Platzer (Insanity / Madox), he found his ideal bandmates. The Drummer of Friedl’s choice was the guy called Rawman

In 2009 they released their debut album Spuren Der Vergangenheit (translation: traces of the past), in his lyrics  Friedl (who writes almost all the lyrics for the band), works up his personal negative experiences in the songs.

The Teufelskreis sound is very familiar with Bands Like Rammstein, Megaherz and Oomph! but even more Heavy Metal and the lyrics often are very socio-critical and matched to the bands name, handles all vicious circles from violence, hate, war to poverty.