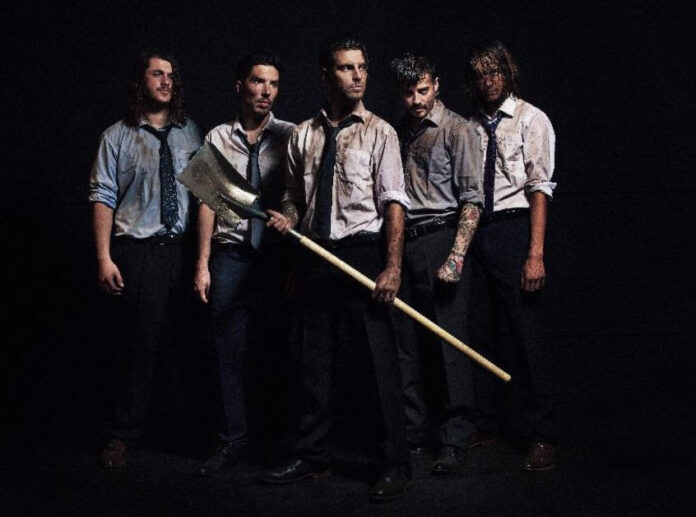 Blood is red, veins are blue, ICE NINE KILLS have a (Bloody) Valentine’s gift for you.

The overlords of Slashercore, ICE NINE KILLS, are celebrating the most romantic day of the year by delivering a special Valentine’s treat to their fans in the form of a gore-filled animated music video for their track “Take Your Pick” featuring Cannibal Corpse frontman, Corpsegrinder and inspired by infamous horror movie My Bloody Valentine.

Watch the video HERE and stream the track HERE!

“Take Your Pick” is featured on ICE NINE KILLS phenomenally successful album, ‘”The Silver Scream 2: Welcome to Horrorwood“. Released in October 2021, the album scored INK their first Top 20 position (#18) on the Billboard Top 200, topped the Digital and Current Hard Music charts, hit Top 5 on the Current Rock, Independent, Current Albums, and Album Sales charts and has clocked up 62 million cross-platform streams to date and 6.6 million YouTube views for singles “Hip To Be Scared”, “Assault & Batteries”, “Rainy Day” and “Funeral Derangements“.

ICE NINE KILLS will hit the road next month for The Trinity Of Terror Tour which will feature the unholy triumvirate of ICE NINE KILLS, Motionless In White, and Black Veil Brides and will be the first time ever that fans get to see all three bands on the same stage each night.

The coast-to-coast US outing, which will see the three bands alternating closing sets each night, is set to kick off next month on March 17th in Mesa, AZ, and make stops in Los Angeles, Chicago, Salt Lake City, Philadelphia, and more, before wrapping up with a performance at Norfolk’s Chartway Arena on April 27th. Two special, very limited RIP Upgrades have just been released.
For tickets and full information on the newly released RIP packages, visit www.trinityofterrortour.com.