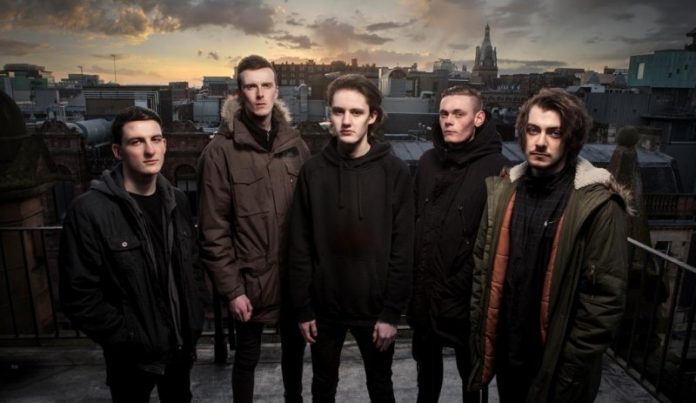 Promising technical death metallers From Sorrow To Serenity have released the new video for ‘Illusive’, taken from their upcoming debut LP Remnant of Humanity, out Friday 22 April.

And pre-order the album here: http://fromsorrowtoserenity.bigcartel.com/

Since the release of their highly acclaimed EP Antithesis in November 2013, the group have fast scaled the ranks, and Remnant of Humanity is fine testament to From Sorrow To Serenity’s earth-shattering approach and undeniable skill. Already turning heads, garnering support from BBC Radio 1, Metal Hammer and more, the album is a blistering sub-35-minute ride full of monumental grooves and vicious vocals, featuring guest appearances from Aaron Matts (Betraying the Martyrs), Scott Kennedy (Bleed from Within) and CJ McMahon (ex-Thy Art is Murder).

From the rollocking opener ‘Hellbound’ to the apocalyptically huge riff on album closer ‘The Way Back’,Remnant of Humanity is a no-holds-barred release demanding to be heard. Not surprising as the album was mixed and mastered by world renowned producer Will Putney (Suicide Silence, Northlane, Thy Art Is Murder, The Acacia Strain and more).

In the short years since their inception, From Sorrow To Serenity have undertaken multiple tours and individual shows across the UK, including an appearance at the UK Tech-Metal Fest mainstage, as well as shows alongside Chelsea Grin, Veil of Maya, Bleed from Within, Stray From The Path and Heart Of A Coward. Notably, the Antithesis EP cycle culminated in the band being chosen by Impericon for their Next Generation Top 30 list.

Catch the band at the following: