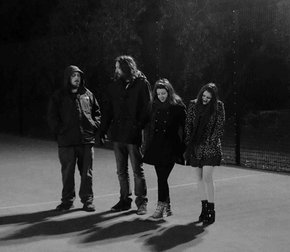 Undersmile are streaming “Atacama Sunburn” from their upcoming new album ‘Anhedonia’ with Rock-A-Rolla.

Composed of seven tracks, and clocking in at over 70 minutes, Anhedonia is the spiritual successor to 2012’s Narwhal, and an elegant synthesis of the band’s entire back-catalogue. But where Undersmile once relished distortion and discord, ‘Anhedonia’ finds the band experimenting with a wider sonic palette and dynamic range, utilising clean guitars and cellos as much as Skyhammer Studio’s collection of vintage amps and fuzz boxes.