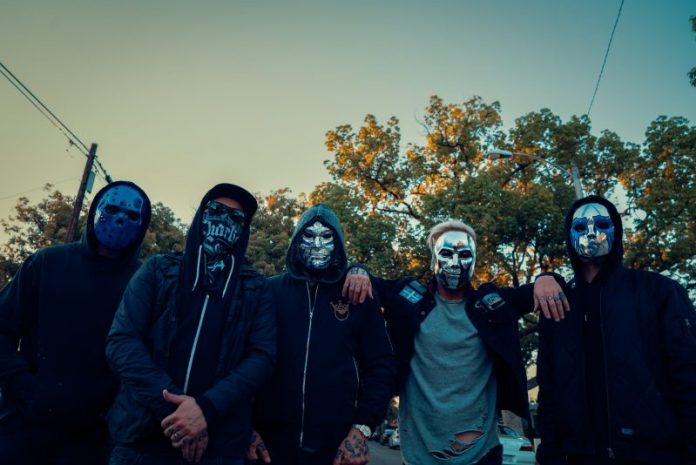 Renegade by Hollywood Undead on VEVO.

The video portrays a post-apocalyptic world where everyone fends for themselves. Power and authority are thrown into a state of flux as three spirited children show that it’s not about the size of the dog in the fight, but the size of the fight in the dog as they defy all odds to rescue a friend in need.

“I hope this song and video can inspire kids to believe that they can change the world, and it’s up to them if it’s for the better or worse,” Johnny 3 Tears remarked. “The truth is that the kids of today, are the renegades of tomorrow.”

Hollywood Undead will begin a North American tour in support of FIVE tomorrow at the Louder Than Life festival.  Tickets and VIP Packages for all shows are on sale now.  For all U.S. headline shows, Butcher Babies will serve as direct support.  European dates will begin on January 24th in Glasgow, UK at the O2 Academy.

Known for atomic live performances, the quintet regularly sells out shows around the world from Massachusetts and Miami to Moscow and Manchester. They’ve toured alongside the likes of Avenged Sevenfold, Korn, and Stone Sour in addition to notching features from Billboard, Rolling Stone, Alternative Press, Revolver, and more.
HOLLYWOOD UNDEAD 2018 EUROPEAN TOUR