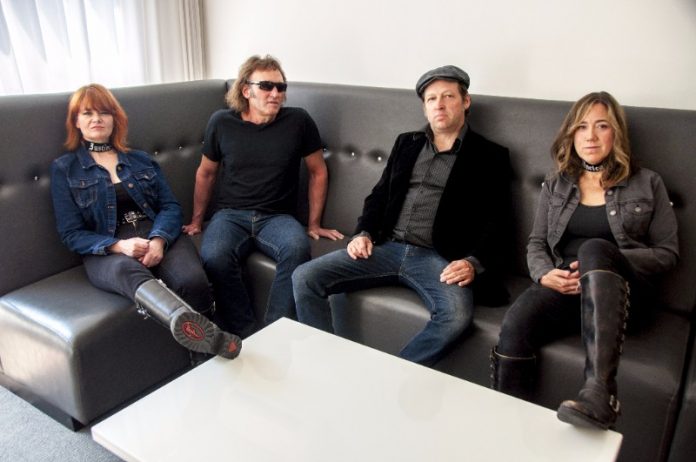 It’s Happy Hour at Rum Bar Records and we’re serving up shots of their latest signing: Justine and the Unclean!
Their full length, “Get Unclean”, is coming at you in late autumn, but never fear, we’re here to get you buzzing with New Noise Magazine‘s world premiere of their debut digital 7inch single “Love Got Me Into This Mess” b/w “Passive Aggressive Baby”!

“Sounds like the Ramones.”
“Reminds me of…Lucinda Williams?”
“Yeah, but…I hear the Buzzcocks, too…”

More Prissteens than pristine, Justine and the Unclean’s pre-release debut single “Love Got Me Into This Mess” / “Passive Aggressive Baby” off the band’s fall 2017 debut Get Unclean is rushing down the Rum Bar and into your ears here.

“Get Unclean” was recorded by the legendary David Minehan at Woolly Mammoth Sound and mastered by Danny the K after a mad year-long writing binge during which Justine cranked out more than 50 songs full of steely-eyed takes on love and the fucked-up, weird, and painful ways it ends. Or begins.