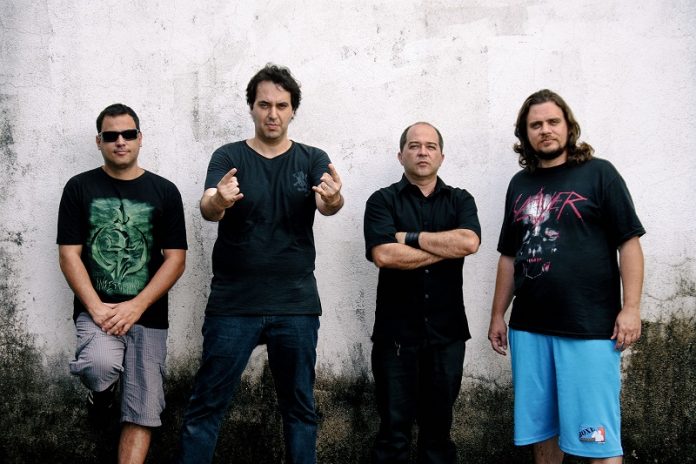 It’s been four years since the world of metal lost one of its greatest guitarists, SLAYER’s Jeff Hanneman.

There is no denying how much he influenced and continues to influence the world of metal and its wide range of musicians.

Brazilian thrash act INFESTATIO are one of those bands influenced by Hanneman and are paying tribute to the musician after his premature death with a video called “Jeff”.

The video was edited by guitarist Renato Jafet and the song was recorded at Wink studio and produced by Rafael Neves and Caio Picolotto along with mastering done Sterling Sound Studio (Lamb Of God, Paradise Lost and Gojira).

Previous article
Cattle On The Grid
Next article
Lurking Again