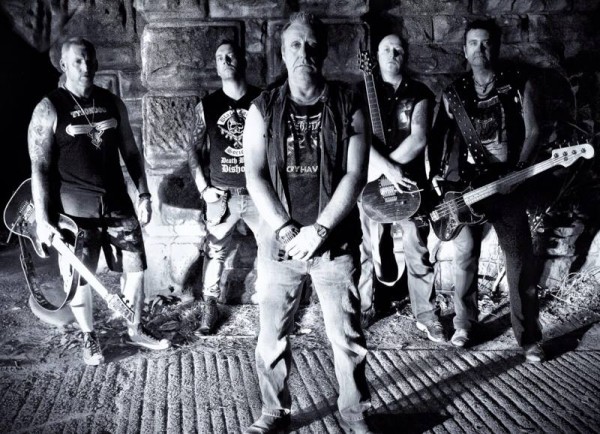 In the 1980’s they were lauded by the press. Now Tysondog are back

As revealed during the press conference at SOS Festival (Manchester) in July 2014, NWOBHM heroes TYSONDOG are to release “Cry Havoc”, an album of 12 brand new songs.

The album release is set for 20th April 2015 on Rocksector Records and a free single “Shadow Of The Beast” is available now at www.soundcloud.com/rocksector

Back in 1984, amongst the music press, renowned journalists such as Malcolm Dome, Geoff Barton & Dante Bonutto were tipping Tysondog for major success, emerging at that time from the force that had become known as the New Wave Of British Heavy Metal. One way or another, the fates conspired to deprive Tysondog of the international fame that so many thought they were destined for and in time the band disappeared from the limelight.

Nevertheless, Tysondog’s rich history was not forgotten & having re-started their engines, have gradually worked their way back with a new perspective on life and the band is happy to see that people are taking notice. The power, precision and impact of their live performances are winning many new fans, as well as re-awakening old ones. Those qualities in the live performances have transferred to the studio setting equally well and “Cry Havoc” is the shining result.

For more information on the history of Tysondog there’s a very informative piece written by Malcolm Dome at the band’s website www.tysondog.co.uk

“Cry Havoc” was recorded at BLAST Studios (Newcastle, UK) and produced by Jeff ‘Mantas’ Dunn (founder member of Venom, and now of Mpire Of Evil).

The album is available for pre-order now as a special CD Fanpack direct from Rocksector Records at www.rocksector.com