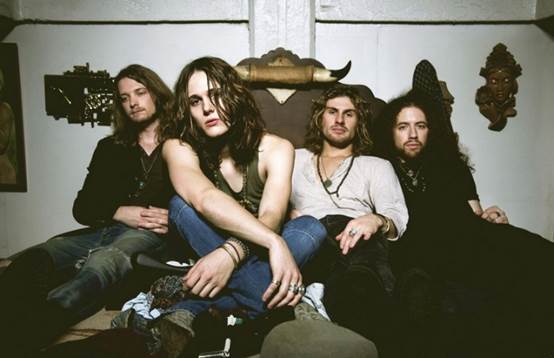 EP out on Friday, check out a track now

Tyler Bryant & The Shakedown entered the studio with producer Vance Powell (Jack White, Seasick Steve) to record their upcoming EP, The Wayside, due out on November 13th via John Varvatos Records/Spinefarm Records. The band can now reveal the first video/single from said EP for ‘Loaded Dice and Buried Money’.

Check out the new video below. The song itself is already available via iTunes.

As you can see, the clip is a flash-filled performance piece showcasing Bryant’s vocal chops and some heavy guitar work.

Bryant himself tells us, “We wanted to make a music video for ‘Loaded Dice & Buried Money’ that would capture the essence of a live Shakedown performance. One morning Caleb and I got a wild hair and decided to take a stab at making the video on our own. We bought some crazy lights, set up the vibe, and were off to the races in no time. My brain was beyond wired at the end of the shoot from hours of a relentlessly flashing strobe light, so I stayed up all night and edited the video together. We’re proud of the way it turned out.”