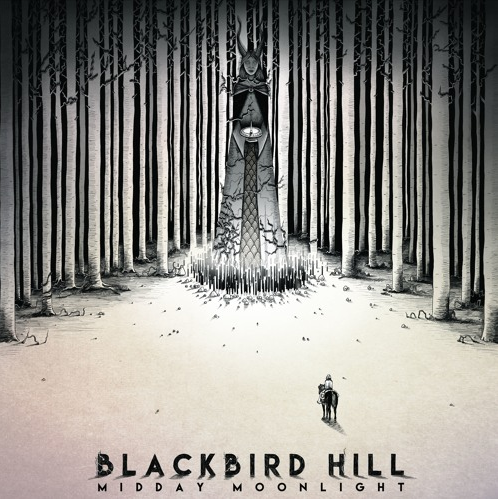 French garage blues duo BLACKBIRD HILL take you to the crossroads with their new single “Midday Moonlight”, taken off their forthcoming 6-track of the same name. Tenebrous rock encounters are to be expected on May 5th…
With “Midday Moonlight”, French power duo BLACKBIRD HILL take you on an exhilarating ride throughout America’s wide open spaces, for a six-track journey made of telluric blues riffs and organic folk tales. Sometimes howling, always soulful, their sincere take on Delta blues mythology will appeal and intrigue you, like an outtake off a modern western duel between Jack White and Wovenhand.
TRACK LISTING :
1. Trigger Law
2. Horseback Sight
3. Run Like Mad
4. Stories From The Road
5. Hold Your Fire
6. Midday Moonlight
Drawing their inspiration from the best of contemporary rock and Delta blues, Bordeaux-based garage duo BLACKBIRD HILL really take on their full dimension while on stage. When both voices harmonize on top of a relentless, electric-filled guitar/drums duel, be sure to get in a trance. Since 2012, the band has already played many festivals and club shows in France, Belgium, but also shared the stage with reference acts such as James Leg, The Temperance Movement and King Mud.
BLACKBIRD HILL LINKS
Website⎪Facebook⎪Bandcamp⎪Twitter