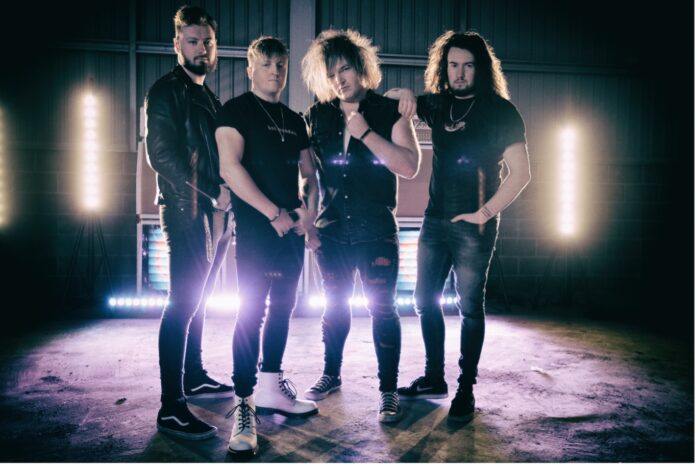 Following their successful UK headline tour in April, modern rock outfit Twister are thrilled to announce their brand new single Own Worst Enemy out on 17th June 2022. The band will also release a music video on 24th June.

Singer and guitarist Stevie Stoker comments: “Twister are evolving and progressing with every release and the momentum we’re building on the road is really driving us to bigger and better things in the studio. It’s such an exciting time.”

Recorded at the same session as recent hit Don’t Play Nice (which flew into the iTunes Rock Charts at #3) with Grammy nominated producer Ramesh Dodangoda, Own Worst Enemy takes all high octane delivery and ramps it up yet another level. Delivering a brutal, snarling and anthemic slice of modern rock that will have you belting out the highs and crushing along with the riffs and lows.

The band are in the midst of navigating festival season and their busy schedule is just adding fuel to the fire. Lead guitarist Jake Grimes explains: “The headline UK Tour was a massive success and a great opportunity to showcase what we can bring to any event. The video for Own Worst Enemy was shot at The Riverside in Newcastle on that tour and really does focus on the high energy performances we bring every time… never mind our custom made Video Screen Marshall Cabs.”

Tickets are available on www.officialtwister.co.uk