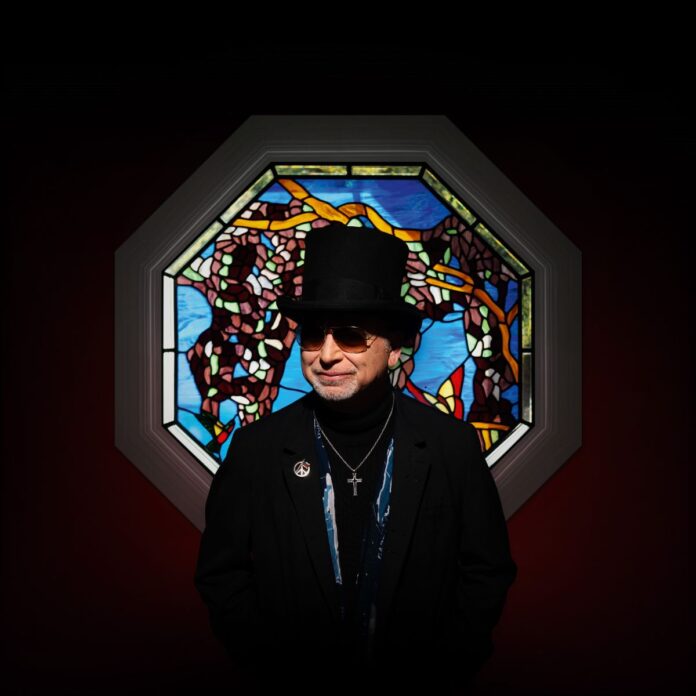 David Paich and The Players Club / Mascot Label Group have announced the release of his debut solo album titled FORGOTTEN TOYS on August 19. To watch the lyric video for “Spirit Of The Moonrise,” click here. Paich shares, “This is a recurring dream about a distraught girl, riding neath the moonlight. It has perplexed me over many a night…”.

He initially embraced music by his father—jazz icon, musician, and arranger Marty Paich. “I met Jimmy Webb when I was 10 years old, when my father was working with him,” he recalls. “My dad nudged me towards songwriting because I had the ability to write poetry. Somehow, my father saw my lyrical potential. I followed in Jimmy’s footsteps until Elton John’s first record came out in 1970. That really cemented my musical path. I continued to soak up all the great songs from then on.” Together, Paich and his father notably co-wrote “Light The Way” for Ironside, winning an EMMY® Award for “Best Song or Theme” back in 1974.

Around that same time, Paich and childhood friend, iconic studio drummer Jeff Porcaro wiggled their way onto two Steely Dan albums, which helped form some of their musical direction. Paich and David Foster co-wrote “Got To Be Real” with Cheryl Lynn, catapulting her to disco stardom. All of these accolades solidified him as one of the go-to studio musicians for music’s A-list. Paich decided it was time for him and Jeff to form their own band, which you now know as TOTO.

With his TOTO bandmates, David arranged and performed songs on Michael Jackson’s legendary albums, Bad and Thriller. “One of my greatest memories is collaborating with Michael Jackson, on the bestselling album of all time, Thriller, helping arrange the Jackson/Paul McCartney duet, “The Girl is Mine”, is still a musical highlight in my career.”

Over the past several years, David, along with TOTO has had a major renaissance in popularity like few bands at this point in their career and now have a multi-generational global fan base. In fact, “Africa” has amassed over 1 billion streams worldwide and is one of the most covered and sampled songs in music history, including by Jay-Z, Pitbull, Ellie Goulding, and Weezer.
As a six-time Grammy® Award Winner, Paich has contributed to over 2,000 albums, shaping the sound of popular music as a songwriter, performer, producer, arranger, vocalist and primary composer of the seminal band TOTO. With TOTO, Paich has released 17 albums, sold over 40 million records and garnered over 3 billion streams worldwide. Paich wrote or co-wrote TOTO’s biggest hits, “Hold the Line”, “Rosanna” and “Africa”.

Like most treasured mementos and keepsakes, we hold on to songs forever. We dust them off when we need them, put them back on the shelf, and discover them again months or sometimes years down the line. With his diverse catalogue, he has been kicking around song ideas for a solo album for some time.  The COVID lockdown presented Paich the opportunity to revisit those songs, and the result being a collection of tunes that he has carried in my head for years. He shares, “It seemed like it was time to put something together. Some of these really are forgotten toys. It had been a while since I’ve been in my studio and I found myself listening to these little pieces continuously. I kept rediscovering them, hoping to fit the tracks together like a musical puzzle.”

For as much as it may be a “solo” album, Paich couldn’t help but invite a few friends to play. Joined by Joseph Williams as co-producer and sometimes co-vocalist, he welcomed everyone from Toto’s Steve Lukather to Brian Eno, Michael McDonald, Ray Parker Jr., Don Felder, and Steve Jordan of The Rolling Stones.

The album cover artwork provides a poetically nostalgic representation of the concept. It features a variety of memories Paich’s wife has held onto over the years. “I hope this will give everyone a glimpse into another side of me, one they’ve never heard in a musical context.”