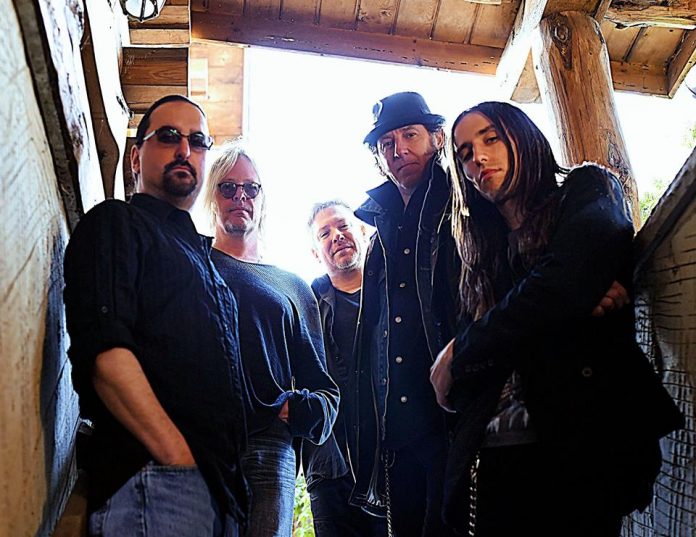 Melodic Rockers release new single
Fast-rising melodic rockers, Radio Exile, have lined up a new single, “Higher Than the Sun” (which comes in the wake of the previous singles/videos, “No Pity on the Highway” and “Soulfire”), off their stellar self-titled debut. And upon first hearing the track, a certain legendary rock act immediately comes to mind. “When Chandler sent me this idea it already kind of had a Queen vibe to it,” recalls Charlie Calv (piano, keyboards). “So instead of trying to shy away from it we just embraced it and ran with it. Just Radio Exile with a little twist.”
“‘Higher Than the Sun’ was one of those tunes that was sort of an homage to a particular artist,” adds Chandler Mogel (lead and backing vocals). “But at the same time standing on its own and not being a copy of anything. It’s just a great, fun pop song that oozes that strong influence, but is not trying to cover up that influence in any way. It’s flaunting it.”
And while the debut album is still racking up impressive accolades from the rock press – including BraveWords (Canada), Classic Rock Revisited (US), Rocktopia (UK), and MelodicRock (Australia) – Radio Exile are currently at work on their sophomore set (for a planned 2017 release).
Charlie: “I have started to send Chandler some musical ideas to work with and Chandler has sent me some vocal ideas, so we are getting things going pretty much in the same fashion as the debut CD. This time around being that we have now all played together and we kind of see what works and what doesn’t, I think it will be a little more focused, without losing the diversity of the debut.”
‘Radio Exile’ Tracklisting:
High Road, High Price
Soulfire
No Pity on the Highway
Feels Like Home
Higher Than the Sun
Hang On
Starting Over
Down In a Hole
A Cross on Stone
Road to Exile
FOR MORE INFORMATION, VISIT:
www.radioexile.net
www.facebook.com/radioexileband
twitter.com/radioexileband