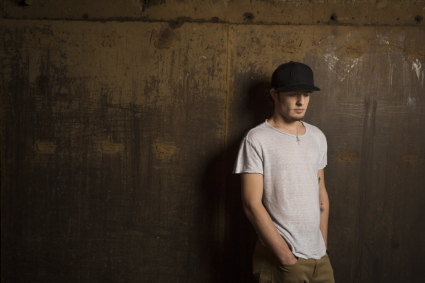 ROCK ON, WITH TUCKER BEATHARD Though just twenty-one, Tucker Beathard writes, sings, and plays with self-assurance, self-taught skill, and singular talent: qualities that led Rolling Stone and Taste of Country to flag him up as an artist to watch in 2016.

Tucker Beathard’s brilliant debut single ‘Rock On’ (UK release date: 27th April 2016) showcases all these strengths, as will his forthcoming US & international tour with Dierks Bentley (reaching the U.K. 23rd  – 24th April). Listen to ‘Rock On’ and you’ll hear its instant impact, thanks to Tucker’s distinctive voice, his rhythmic skill as a guitarist and drummer; also his uncompromising honesty and originality as a songwriter. Starting with a strong melodic hook, the song swells into a full gritty rock-country sound, whilst the lyrics bear witness to Tucker’s keen talent for meaning, depth, and wordplay. The ‘Rock’ of the title isn’t Rock Music, as you might expect: the song is about failing to put an engagement or wedding ring on a girl who got away.

“I’ve always been a huge fan of deep songs,” said Tucker, “and I’ve always liked poems. I’m an introvert, but writing songs that go beneath the surface allows me to open up a piece of myself.” Perhaps it’s not surprising that Tucker Beathard is strong in all aspects of his craft. Son of award-winning Country songwriter Casey Beathard

Tucker Beathard has gone on to sign a publishing deal with Big Machine Music and a recording contract with their DOT Records imprint. His exciting debut single ‘Rock On’ will be released in the U.K. on 27th April, following a US & international tour with Dierks Bentley that extends to the U.K  on the following dates.

Tucker says “I can’t wait to come over to the UK and tour with Dierks Bentley, It’s going to be a lot of fun and I’ve been looking forward to it for a long time. Can’t wait to see y’all out there”