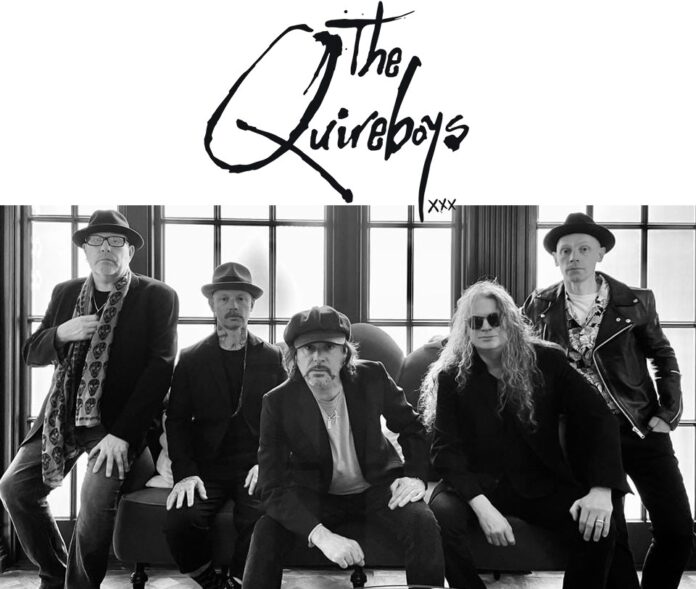 All tickets remain valid. Tickets are available from www.quireboys.com/gigs, seetickets.com, skiddle.com, and alttickets.com.
Hailed as Britain’s King of Slide Guitar, Hereford-based singer songwriter, Troy Redfern and his three-piece band will support The Quireboys at all shows.Troy will perform songs from his critically acclaimed album “The Fire Cosmic” which features the single Ghoststhat was playlisted on Planet Rock and many other radio stations. “Troy Redfern is one of the country’s best players and writers and the album is a blast from start to finish,” says MusicNews.com.
The Quireboys will perform songs from their rich back catalogue including songs from A Bit Of What You Fancy – their iconic debut album with their distinctive gypsy rock and roll sound.

A re-recorded version of The 30th Anniversary Edition of A Bit of What You Fancy is available on CD with bonus tracks, digital and limited-edition vinyl, from www.offyerrocka.com/product-category/artists/the-quireboys.
THE QUIREBOYS JUNE 2022 UK TOUR
WITH SPECIAL GUESTTROY REDFERN
TICKETS:
WWW.QUIREBOYS.COM/GIGS
SEETICKETS.COM | SKIDDLE.COM | ALTTICKETS.COM
BULLINGDON, OXFORD
FRIDAY 10 JUNE 2022