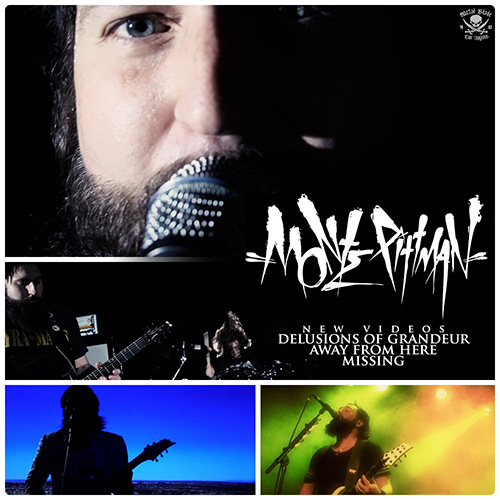 Guitarist and vocalist Monte Pittman released “The Power of Three” exactly one year ago, today! To celebrate the anniversary, three new music videos have been released! “Delusions of Grandeur,” “Away from Here,” and “Missing,” are online now.”Delusions of Grandeur” was shot at the end of 2014 with bassist Max Whipple and drummer Scott Fuller with director Vince Edwards. “Away from Here” was shot by Brad Jurjens and AJ Satsangi, and “Missing” was shot live at the Whisky a Go Go by Brad Jurjens and Ian Shea.

Monte Pittman will be busy in 2015, beginning this week with the NAMM convention, and performing as part of the Randy Rhoads Remembered show at the Observatory in Santa Ana, CA. The show features the some of the world’s best guitarists as they pay tribute to Rhoads. The legion of shredders will be playing each song from “Blizzard of Ozz” and “Diary of a Madman”, as well as others with house band “The Madmen”! Doors are at 6pm and tickets are available at observatoryoc.com.

Ministry will be touring soon, with a touring lineup that includes bassist Tony Campos, drummer Aaron Rossi, keyboardist John Bechdel, Monte Pittman on guitar, and of course, Al Jourgensen! The dates include festival performances at Rock on the Range, Rocklahoma, and Welcome to Rockville. The tour dates begin in February and tickets are on sale now at ticketmaster.com. Photos from currents rehearsals and updates can be found now at facebook.com/Ministry.