Toto Bring Out New Record In May 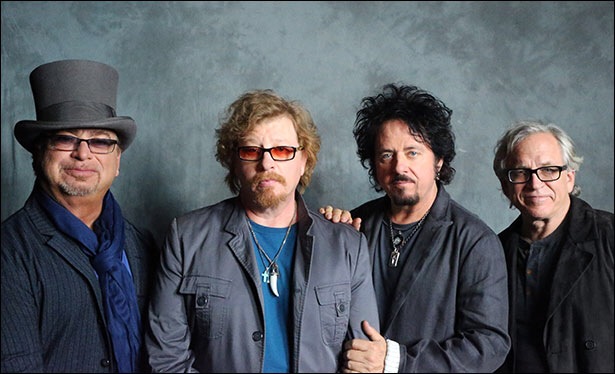 Celebrated rock band “TOTO” will release “TOTO XIV” – there first studio album in ten years! The album will be released by Frontiers Music Srl in Europe on March 20, followed by the UK on March 23 and the US on March 24, and will be followed by a World Tour that kicks off in Glasgow on May 21st, 2015.

Configurations include CD, with a Deluxe Edition available featuring a “Making of” Documentary on DVD, expanded booklet that includes an in depth story and interview about the new album alongside exclusive pictures in ecol-book packaging. Additionally Toto XIV will be available as a 2LP vinyl set, and a Super Deluxe limited edition which includes the Deluxe CD/DVD edition, 2LP vinyl, an exclusive poster, t-shirt (large size only), and lithograph. A pre-order has gone live via Amazon for the LP, CD and Deluxe Edition, and from RecordStore.co.uk and from all digital retailers.

The new album is a realised vision three plus decades in the making exhibiting world-class musicianship, masterful arrangements, topical lyrical commentary, and melodies that the collective genius of Steve Lukather, David Paich, Steve Porcaro, Joseph Williams and their assembled band-mates bring to life. TOTO XIV is the band’s first album of new material since 2006’s Falling In Between. However, the band personally considers the new album to be the true follow-up to TOTO IV, which made the band global megastars.

“This is opposite of going through the motions,” says keyboardist Steve Porcaro. We’re treating this like it is Toto V, our follow-up to TOTO IV. We just want to be the best version of ourselves that we can be. Be true to ourselves and make the best music we can. Entertain people which is what we were put on this earth for.”

“When you put us in a room, and everybody brings in their pieces, the next thing you know it all fits together,” says guitarist Steve “Luke” Lukather. “Everybody’s performances are top notch. We are really bringing our best out, forcing ourselves to make personal best choices, what’s best for the music. I’m really excited to hear what people think.”

The band are on tour after the release. It starts in Glasgow. Dates are: