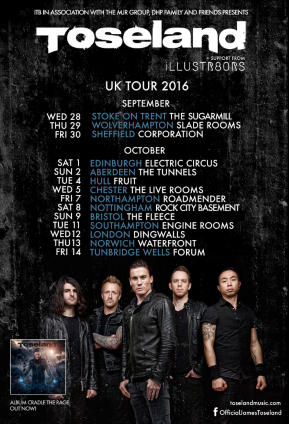 Following their swagger oozing live debut at Ramblin’ Man Festival 2016, illustr8ors has been confirmed as guests on Toseland’s UK tour this autumn.

28th STOKE ON TRENT – The Sugarmill