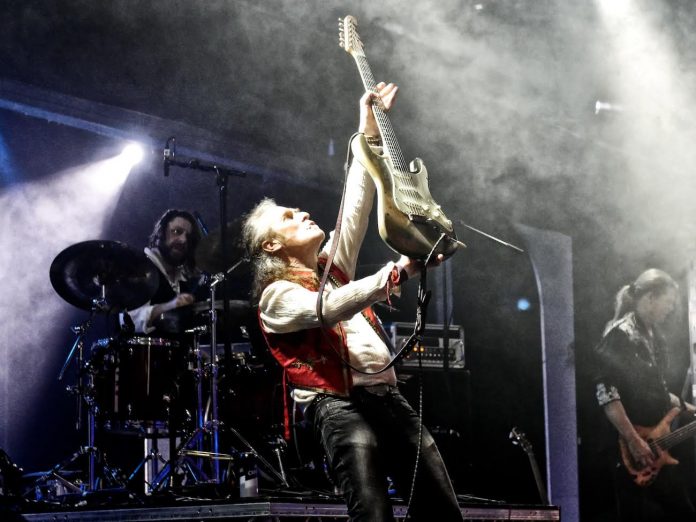 Guitar legend, blues rock psychedelic shredmeister, glam punk sleaze rock frontman: Bernie Tormé has enjoyed a long and remarkable career. Hit records, world tours and international acclaim came as lead guitarist in Gillan. While a member of that band, Bernie wrote and played on four top ten albums and many hit singles and his trademark guitar is an intrinsic part of Gillan’s biggest selling and best known singles ‘New Orleans’ and ‘Trouble’. In the aftermath of Randy Rhoads’ tragic death Bernie then stepped in to play for Ozzy Osbourne before going on to front his own band. More recently, three highly-regarded solo albums have put Bernie Tormé back in the spotlight and won over new fans. His incendiary playing and high octane rock always make for a spectacular show.

Says Bernie: “Can’t wait to go out with the old geetar and make some noise! This is your last chance to catch us in 2017.”

Audiences can, of course, expect some old favourites from the Gillan era but there will also be newer material as well. Earlier this year Bernie released his critically-acclaimed ‘Dublin Cowboy’ triple-disc album. This, together with two previous albums ‘Flowers & Dirt’ from 2014 and ‘Blackheart’ from 2015 were all made with the assistance of highly successful pledge funding campaigns that helped reconnect Bernie with long-standing fans as well as bringing in many new ones.