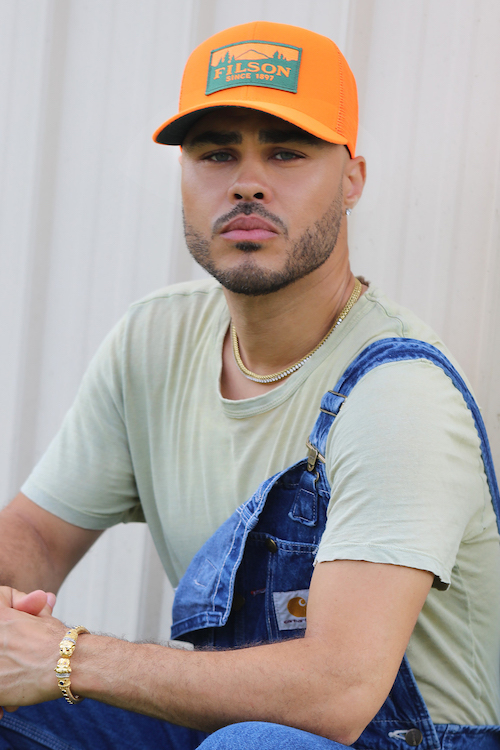 Critically acclaimed Warner Music Nashville artist, songwriter and producer Shy Carter will return to the UK this month to play two festival shows: Nashville Meets London on 24 August and The Long Road Festival on 27 August, which follow his breakthrough appearance as a standout artist at the C2C: Country to Country festival in March, with Maverick Magazine remarking that Shy “knew how to work the stage and his energy was infectious.”

Carter, who recently celebrated a personal career milestone with his debut at the Grand Ole Opry, released the grand piano version of ‘Hard‘ in May, recorded live at his home studio in Nashville. Written by Shy with Nathan Chapman and Bryan Simpson, the track was originally released as an Amazon Original for the groundbreaking Amazon Music documentary For Love & Country which he was also featured in, examining country music through the personal stories of a new generation of Black artists – watch a clip here.

The song is taken from Shy’s debut EP as a recording artist, The Rest Of Us, released in November 2021, which features ‘Good Love‘ (12m+ global streams to date) – a statement of “broad, breezy optimism” according to NPR, as well as his latest music video, ‘Hurry‘, and the MusicRow-described “barroom banger” called ‘Beer With My Friends‘ (feat. Cole Swindell and David Lee Murphy).

Speaking on his return to the UK, Carter commented: “I’m so excited to go back to Europe! They showed me so much love last time I was in the UK. They really appreciate the music over there. We’re also going to Germany with the great Lindsey Ell, and we are going to tear the stage up – y’all get ready! I’ve never been to Germany before, but I can’t wait bring that ‘Good Love.’ I know it’s going to be so much fun, and I’m looking forward to meeting some great new friends. Let’s go!”

A sought-after and in-demand songwriter and producer, Shy’s credits include Charlie Puth‘s ‘One Call Away,’ Meghan Trainor‘s ‘Mr Almost’, Keith Urban‘s ‘Never Comin’ Down’, ‘My Wave’ and ‘God Whispered Your Name’, Sugarland‘s ‘Stuck Like Glue’, and several songs for Kane Brown, including the multi-week US #1 hit ‘Heaven’.

Ahead of his appearances in the UK, Carter will join Lindsay Ell for three shows in Germany, playing in Munich, Cologne and Isernhagen.

Previous article
FRANKLY MY DEARS
Next article
BORN TO DRUNK