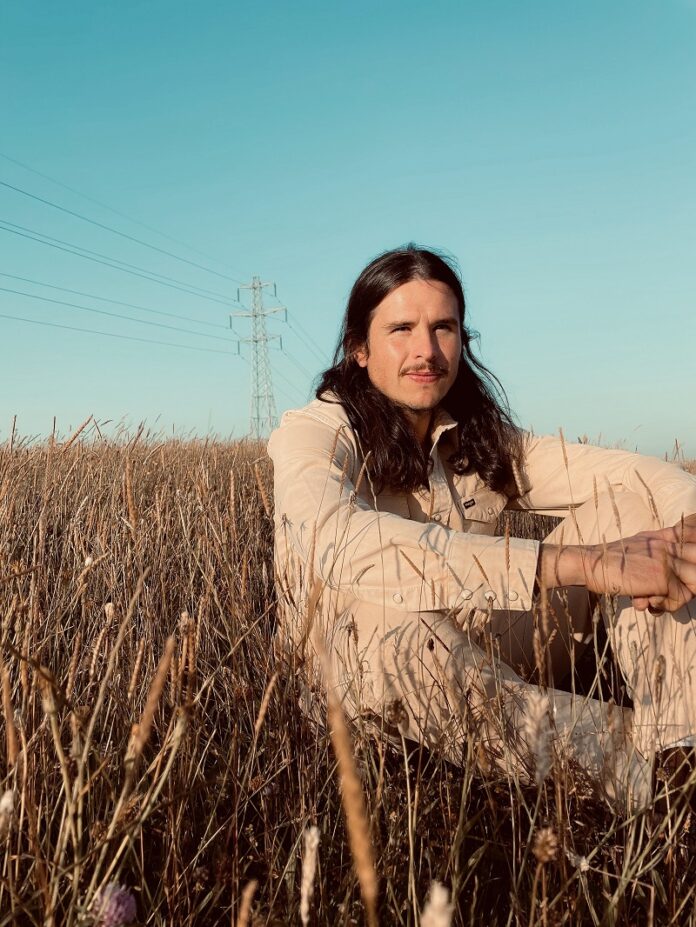 TOM JENKINS has returned with his stirring new single “Be There For You”, as he confirms the release of his second solo album ‘It Comes In The Morning, It Hangs In The Evening Sky’. Pre-save the album here.

Blending country-tinged melodies with jangling indie-rock guitars, “Be There For You” sees Tom Jenkins reflect on the real life isolation he experienced while pursuing sheep-shearing and shepherding on a ranch in New Zealand.

Punctured by the bitter sting of loneliness and longing, but refusing to compromise on a full-bodied, catchy chorus, the new track swings from affecting to infectious in a beat. As Tom explains:

“”Be There For You” is what I’d call a Britpop-country fusion, with all the potential for a good singalong. The song reflects on my time working in the isolated New Zealand back country and being very far from loved ones in a lonesome landscape, with a landline that would only receive calls as the sole point of contact.”

With detached and gentle guitar lines, organic lyrics and emotive vocal delivery, “Be There For You” brings to mind the desolate landscape of Tom’s old ranching lifestyle — far from friends and loved ones, but also physically isolated by his rugged and rural surroundings.

The new single also lands as the singer-songwriter confirms that his new album ‘It Comes In The Morning, It Hangs In The Evening Sky‘ will arrive later this year.

Set for release on 25 November via Xtra Mile Recordings, the record will feature the new track alongside Tom’s earlier string of releases including feel-good indie-rock anthem “Under The Sun“, country-tinged track “Back Roads” and “Magic Mushroom Island“, a blistering rock track that features Motorhead guitarist Phil Campbell.

Tom began writing, producing and recording his second solo album during lockdown and after sitting on the record for over a year — and having a brief foray into potato farming in the process — the artist signed to independent label Xtra Mile Recordings earlier this year. Working with lifelong friend and producer Todd Campbell, the pair began to lay foundations between an old barn on Tom’s farm and Todd’s local studio.

Gathering together old pals he’s met on the road over the years, ‘It Comes In The Morning, It Hangs In The Evening Sky‘ features guest appearances from Phil Campbell (Motorhead), Marc Ford (The Black Crowes) and Paul Mullen (YOURCODENAMEIS:MILO, The Automatic).

With the album confirmed for release this November, fans can catch Tom Jenkins debuting tracks at Live at Leeds and SWN Festival this October and on tour across the UK with Skinny Lister throughout the Winter. Full dates and details are as follows: