Toledo Steel, the Southampton based traditional metal band who were so impressive when supporting Portrait recently, are releasing their new EP “Zero Hour” this week.

The band have just made the lead track “City Lights” available on You Tube.

Following on from that trek around the UK with Sweden’s Portrait, the band have just been announced as support to the mighty Satan at Birmingham’s Asylum 2 in November. Singer Rich Rutter told MVM excitedly: “We cannot wait to be back!”

We will have a review of “Zero Hour” on the site on Wednesday. It promises to be a cracker. 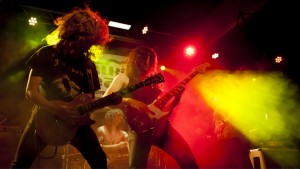 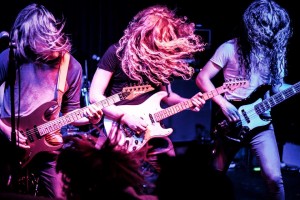 “Zero Hour” is the follow up to their debut EP, which  was released in 2013. After which, shows across the UK and Europe with bands such as Cauldron, White Wizzard, Tygers of Pan Tang and Battle Beast helped establish Toledo Steel as a leading name in the New Wave of Traditional Heavy Metal.