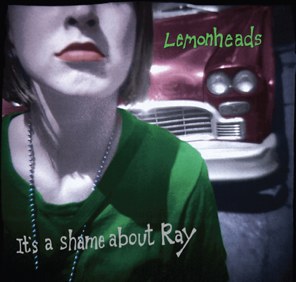 THE LEMONHEADS have announced a run of special anniversary shows, including a date in Birmingham on 27 September 2022.

Celebrating 30 years of their fifth studio album ‘It’s a Shame About Ray‘, the American rockers will be playing the album in full for UK audiences.

Landing at Birmingham‘s O2 Institute on 27 September, the show will be a unique chance to hear the album live in its entirety.

Released in 1992 and produced by the Robb Brothers, the album was an international hit gaining a #31 positioning in the UK Top 100.

With its title taken from a quote frontman Evan Dando had seen in a Sydney newspaper about a boy named Ray being repeatedly kicked out of school, the record gained rave reviews at the time of its release.

Awarded five out of five stars by Mojo, 8/10 by NME, 8.4/10 by Pitchfork and being honoured in Rolling Stone’s prestigious Album Guide, the album was a defining force of the early ’90s.

Landing after the downfall of grunge — with which it shares a certain slacker attitude but with less distortion and angst — but before the arrival of Britpop, the album has stood defiant against the test of time.