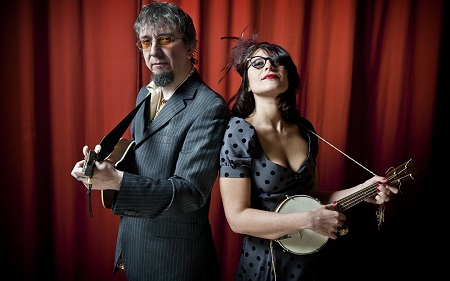 The fantastic Veronica Sbergia and Max de Bernardi will be back out on tour in the UK from mid April to mid May. Veronica Sbergia & Max De Bernardi passionately play country blues and ragtime, hokum, jug band and rural music from the 20’s and 30’s.

Movinmusic has booked them dates right across the UK from the Northern Isles of Scotland all the way down to the South West of England.  All shows except their gigs at the Shetland Folk Festival feature them as a duo.  The Shetland Folk Festival are flying their double bassist in especially for their events and this will therefore be a unique chance to see them play in the UK in the line-up that won them the 2013 European Blues Challenge.

In addition, Veronica and Max will be returning to the UK in November for shows on the P&O Blues Cruise and the Tenby Blues Festival amongst many other club dates across the country.