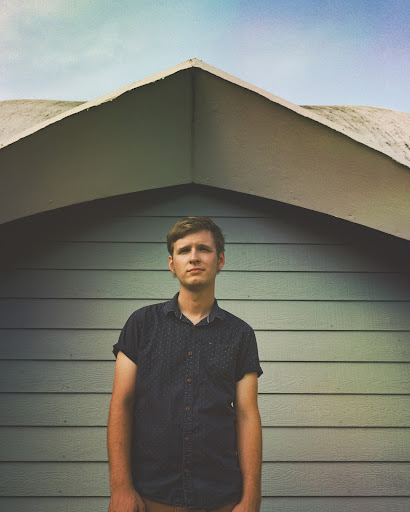 Partially inspired by the final scene in True Detective season one, Landon Lloyd Miller reflects on his Louisiana roots in a song that serves as a reminder that there is rejuvenating light after moments of darkness.

Watch the video for “Light Is Growing” here: https://youtu.be/Qr6u9rVUQkU
Stream on all services here: https://go.landonlloydmiller.com/LIG

“This song is about hope for me, and balance” says Miller. “The lyrics personify and string together different types of light sources. I drew some inspiration from the last scene of “True Detective Season 1″ where the main character Ruston comments that space started as just blackness and now there are stars shining and even though it’s still a big blackness the light seems to be winning. It’s a reminder that everything started out as nothing and we have watched it grow to a pretty beautiful something.”
Arriving with a playful official video, it finds Miller caught amidst a storm of archival footage and offers a fitting first look at the singer captaining his own ship and charting his own course.
“The going gets tough, he barely hangs on, but in the end the sun comes out and he has survived. This arch mirrors the lyrics of the song without being too on the nose or overdone.” he says.
Made with director Evan Falbaum, Miller recounts of making the video:
“Falbaum wanted to have fun with practical effects. We wheeled the ship into a hangar, set up a screen behind us and rear projected the waves. He splashed buckets of water on me and activated strobes for a lightning effect. We knew we wanted old footage for the “storm” and made the production match that style where possible. The final moment is the captain clinging to a board while floating in the water. A working lantern floats by, He makes it through the night.  We draped a screen into a swimming pool and rear projected the sun coming up. It’s fun and makes me nostalgic for making home movies as a kid.”
* * * * *Landon Lloyd Miller makes his own brand of American roots music. It’s a southern sound inspired by folk songs, murder ballads, country classics, and everything in between, glued together by a biographical songwriter and multi-instrumentalist whose career path is every bit as diverse as his music.
From documentary film production to winemaking, Miller has left his unique mark in multiple areas, juggling a lifelong passion for music — including a long run as frontman of his Shreveport,Louisiana-based “space western” band, The Wall Chargers — with an ever-present desire to create and collaborate. He’s a Renaissance man for the modern age, as adept with an acoustic guitar as he is with a movie camera.
Miller grew up amidst the swamps and fishing villages of northern Louisiana. His father was a minister in a charismatic church, while his mother was a traveling choir director. Gospel music always filled the family’s home, and Miller began making music of his own as a child. By 14 years old, he was playing drums during local church services; by 15, he was playing guitar and writing original songs. He dove into the secular work of folksingers like Bob Dylan during his college years, and the impact was monumental. Before long, Miller had expanded his music collection to include Roger Miller, Conor Oberst, Roy Acuff, and the Louvin Brothers — artists who, he says, “were willing to talk about real life, personal troubles, and grey-area scenarios.”