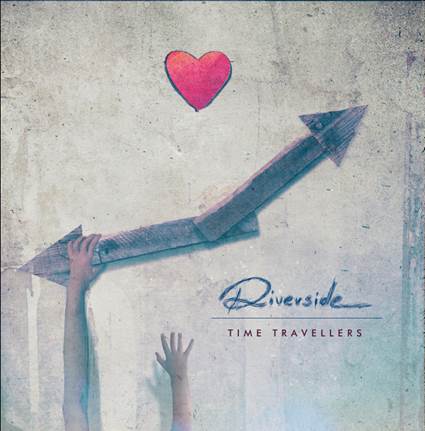 After an eventful and extremely successful first worldwide touring run in support of their latest album “Love, Fear and the Time Machine” (InsideOutMusic) throughout the end last year, Polish prog masters RIVERSIDE are ready to kick off the next wave of activity for the release.

To start activities in style, RIVERSIDE re-entered the studio and arranged a special new version of their next single off “Love, Fear and the Time Machine”. Check out “Time Travellers (Single Version)” via a lyric video (Created by Cloud Music Typography)

RIVERSIDE’s vocalist/bassist Mariusz Duda checked in with the following comment about the track as well as about the upcoming band activities:

“This year we are starting with the new, remixed version of ‘Time Travellers’, and this is just the beginning of surprises we have prepared for you in 2016. We have planned new releases, another videoclip, but first of all – the new gigs. At the very beginning of April we are starting another tour during which we will play songs from the new album and something old. Stay with us for more!”

While loads of live-dates are still to be added in the coming weeks, here is a list of the shows that RIVERSIDE have announced so far: