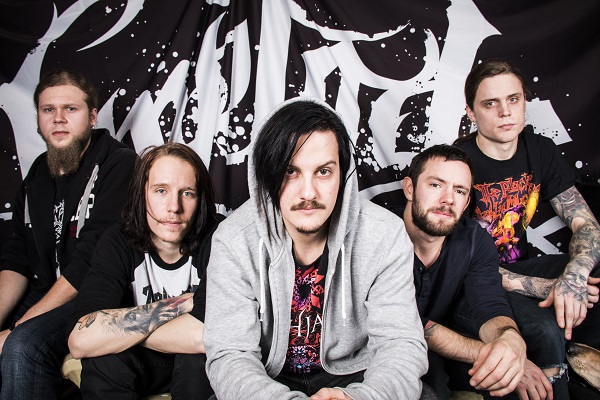 Time for something completely different

Implodes second album “I of Everything” will be released on Friday 24th of April 2015.

Implode’s second studio album “I of Everything” will be something completely different. Musically the the band is still all about their furious hard and technical metal as we know them. But the concept of Implodes new album is something far beyond and totally unique.

“I of Everything” is divided in four chapters which have separate themes that together will create a unity and a connection from the universe, as endless in time and room as it is down to the single individual who only sees himself.

The Chapters has and will be released during autumn 2014 and spring 2015.
“I of Everything” contains all in all 13 songs that will include all the chapters plus the single “Stress Communion” (released in September 2014, before the first EP).
The cover is drawn by the well-known American artist Caitlin Hackett, with her unique style using nature and animals, often with mutations and violent touches. A symbolic interpretation on the topic of each chapter will make the cover tell a story in itself.

“I of Everything” kicked-off the first release on 9th of September with the single and video “Stress Communion” which directly hit #2 on iTunes Charts in Sweden and #37 on the official Swedish DigiListan (the most popular songs streamed and sold in Sweden). In October Implode started a long tour together with death metal legends Entombed AD and Grave, 21 shows in 16 countries all over Europe. In November the first chapter “Aeon Clockwork” was released and entered iTunes Chart at #1. In December Implode did a headline tour in Netherlands. In the end of January the second chapter “Terra Pericolosa” was released and entered directly to iTunes chart #1. Chapter III “A Syndicate” will be released 24th of March followed by the last chapter IV “I Tension” on 21st of April.

“I of Everything” will be released on CD and digital all over the world on the 24th of April and contains all four chapters, who originally only been released digitally.