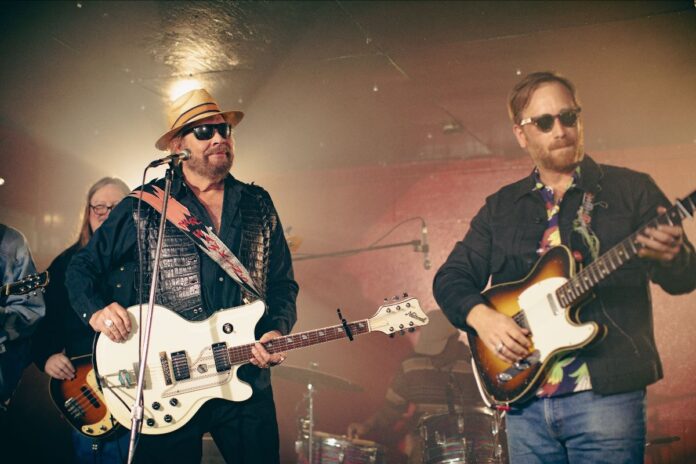 Country Music icon Hank Williams Jr. has released his latest musical project: a blues album, featuring a few Williams originals as well as covers of songs by Robert Johnson, Lightnin’ Hopkins, R.L. Burnside, Muddy Waters and more. Williams is of course the only son of early country music superstar and icon Hank Williams, who was taught to play guitar as a child in Alabama by local bluesman Rufus “Tee-Tot” Payne.

“The blues is where it all comes from,” says Williams. “It’s the start of everything musical in my family; everything starts with Tee-Tot and flows from there. I’ve always flirted with this stripped back blues – all the way back to the ’80s. But I finally made an album that’s just that, and I like it.”

“It was always there. We just had to set the right trap…” – Dan Auerbach