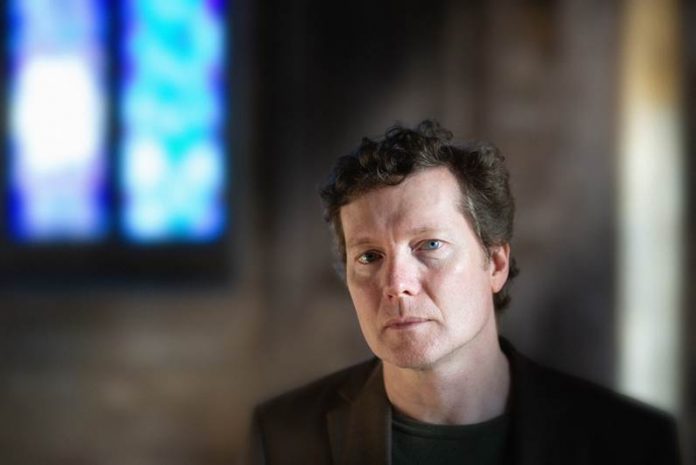 Tim Bowness’ fifth solo album ‘Flowers At The Scene’ is set for release on InsideOutMusic/Sony on the 1st March 2019. Produced by no-man, the album is a vibrant collection of 11 strikingly diverse songs.

“Borderline started life in 2004. Roger Eno had given me some of his music and while listening to a lovely piece called Crossing The Border, I heard a vocal melody and developed a song out of his instrumental. Many years, many re-writes and many re-recordings later, the song had failed to break free from my hard drive of doom.

Feeling it was too strong to remain unreleased, I sent it to Brian Hulse who re-recorded the basic backing track. I re-wrote half of the lyrics (again) and asked Dylan Howe, Colin Edwin, Ian Dixon and David Longdon to contribute. After years on the back burner, I suddenly had a clear vision for the piece.

I’d loved Dylan Howe’s Subterraneans album, so knew he’d be an ideal choice for the drums. Ian and David’s trumpet and flute contributions further enhanced the song, and the final additions were David’s rich backing vocal parts (a return favour for me having sung on a Big Big Train b-side in 2018).

The first in a series of podcast episodes where Tim gives some background on the new album has been launched, and you can listen to the first part here: https://timbowness.lnk.to/FlowersAtTheScenePodcast

‘Flowers At The Scene’ will be available as CD, LP + CD & as a digital album, as well as a limited edition red coloured vinyl version available exclusively through Burning Shed. Pre-order now here: https://timbowness.lnk.to/FlowersAtTheScene

Prog Magazine have said of the album it is “literate, heart-aching art rock at its finest“,

Tim comments of the new album: “‘Lost In The Ghost Light felt like a conclusion to a particular way of writing and working. In the wake of that, Flowers At The Scene very much feels like a new beginning.

It was an exciting project to put together and it was great working closely with long-term creative partners, Brian Hulse and Steven Wilson plus a talented cast of new collaborators. Steven was initially brought in to mix the album, but very quickly was helping develop production ideas alongside Brian and I. Listening to pieces such as Not Married Anymore, Borderline and The War On Me, we both felt that the project had more than a hint of the spirit of no-man and it became obvious that this was a no-man co-production rather than a Bowness/Wilson one.

Elsewhere, the likes of Jim Matheos, Colin Edwin, Dylan Howe and Tom Atherton delivered some incredible performances and it was a delight to get Peter Hammill, Kevin Godley, Andy Partridge and David Longdon involved.

Peter and Kevin were two of my favourite singers growing up and I’ve been a long-term fan of XTC, so it was genuinely a thrill to hear their excellent contributions.”

Mixed by Steven Wilson and mastered by The Pineapple Thief’s Steve Kitch, the album’s artwork is by Jarrod Gosling.