Intimate show ahead of arena tour – plus box set news 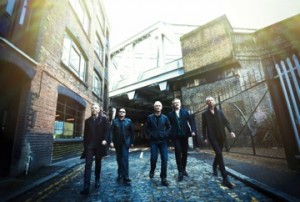 UK rock legends Thunder, have announced a not-to-be-missed intimate show at London’s 100 Club on January 27th, ahead of their upcoming DVD release at the end of the month, and arena tour in February.

With a forthcoming date scheduled at the iconic Wembley Arena, the snug confines of the 100 Club is a rare one-off for the London five-piece. E-tickets for the show go on sale tomorrow (22nd January) at 9.00am via Live Nation and can be bought HERE. Priced at £30, all ticket-sale profits will be going to Childline/NSPCC.

At the end of last year, the band announced full details of a three-disc set documenting the story of the band’s latest, Top 10-charting, Classic Rock Award-nominated album, ‘Wonder Days’, plus a bonus series of three Limited Edition 12“ Vinyl Albums. Entitled ‘All You Can Eat’, it documents the story of ‘Wonder Days’, Thunder’s first studio album for 6 years, and includes a live album, a live in-the-studio session, and a documentary film.

Full details and links to buy can be found at www.thunderonline.com.

The band will also be blowing the roof off arenas around the UK in February, with Terrorvision and King King in support, including a date at London’s SSE Arena, Wembley. Says lead singer Danny Bowes: “The shows in March last year were incredible, and the new songs went down just as well as the Thunder favourites.  We can’t wait for February, so we can do it all over again.”