Three West Midlands Bands To Make It To Bloodstock In 2015! 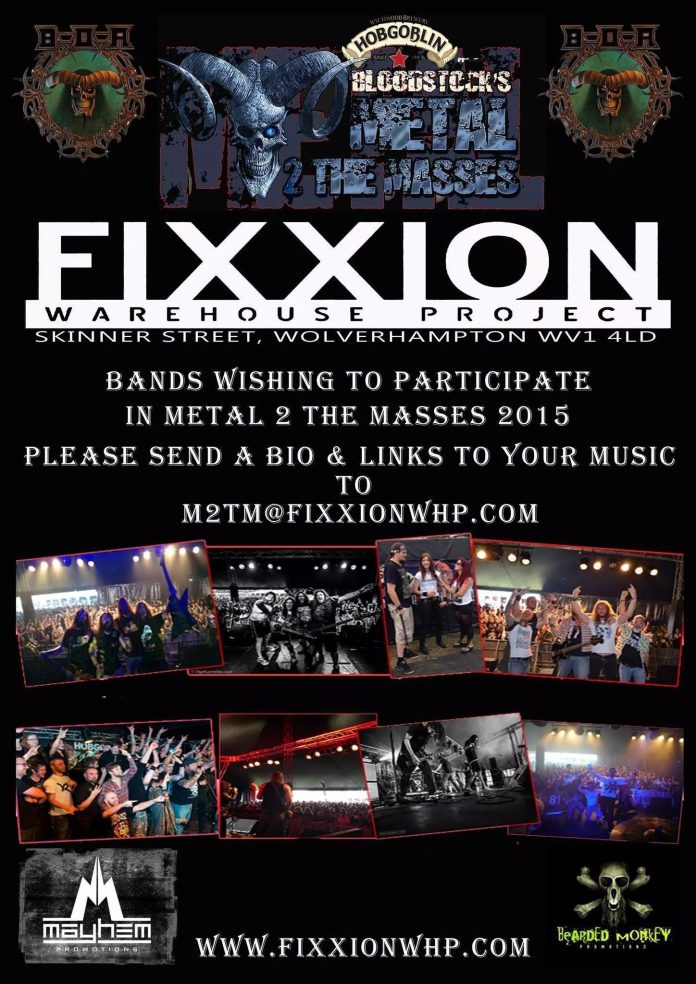 There will be three West Midlands bands at Bloodstock this year, with the announcement that Wolverhampton has been added to the list of Metal To The Masses venues.

The single greatest national competition in metal will be taking place at Fixxion Warehouse, the fine new venue in Wolves. Bands from across the UK compete in heats with the winners eventually progressing to the regional finals, judged by Bloodstock’s (and Beholder frontman) Simon Hall. Those lucky enough to win the final will then find themselves on the hallowed turf of Catton Hall, at Bloodstock 2015.

And we can exclusively reveal that in what is a huge, huge honour for MV that our very own Andy Thorley be one of the judges!

It is going to be epic!