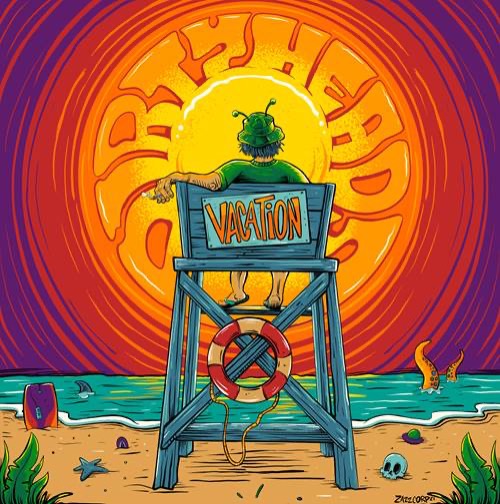 The video for Wilson & Smokin’ Jack Hill remix evokes the feeling of a long summer with friends at the pool and beach, the original version of “Vacation “was hugely popular at beach resorts around the world and the new remixes will continue the TikTok trend into summer 2022.  “Vacation” went organically viral on TikTok in 2021, with now over 2.4M sound usages, and over 5 billion streams & impressions across  streaming sites, Instagram and TikTok. It was then included in the TikTok hits playlists on Spotify and Apple. Since then, Dirty Heads released a few versions of the track, including a version with Pat Monahan of Train.

The track perfectly coincides with the band’s forthcoming amphitheater tour, which will see Dirty Heads performing across 25 cities throughout the States, starting from Seattle and ending in Chicago, with support from SOJA, Tribal Seeds, Artikal Sound System and Elovators.

###
ABOUT DIRTY HEADS
DIRTY HEADS have been redefining the sound of Southern California since 2003. With over 2 BILLION streams to date, the group has been inhaling alternative, hip-hop, reggae and rock and exhaling one irresistible, infectious anthem after another. They have released 6 studio albums, and have had 7 Top 20 hits including their RIAA gold-certified smash “Lay Me Down” and their 2017 hit song “Vacation.”  The latter has garnered a TikTok trend in Summer 2019, that was catapulted in early January 2021. This organic viral moment has increased streams for the song on Spotify over 850%, significantly increasing the band’s profile in international markets. The #vacationTransition challenge has also generated 4 BILLION user generated views across social media, earning the song introductions on over 36 viral international playlists, 500% increase of Shazams, entry on the Shazam Global Top 200 Chart and TikTok daily, weekly, trending videos and all-time top track charts.

Previous article
READY OR NOT
Next article
GETTING AMONGST IT